Exit the village of Viguera through La Barga street, near the church towards the cemetery, and start going up a trail that crosses a road that gives access to gypsum quarries. Do not take any of the paths on the left. Continue ascending until you reach a hill. On the right you can see at all times a unique rocky promontory known as Viguera Castle. Continue on the trail. There is smooth descent until you reach a river bed where there is a trough. Then, cross a fence to continue on a route surrounded by old croplands and descend to a ravine. The environment here is distinctly Mediterranean, with many holm oaks, needle furzes and thyme. The path continues on the hillside controlling the Iregua River Basin until it reaches a deep valley called Barranco Hondo. Once you leave it behind, change your course a few metres to see a natural spring with unique forms. The path runs along an itinerary of small slopes among enormous oaks, beeches and boxwoods. At some points there are natural outcrops from which you can see the national road and the orchards of the Iregua River. The path leads to a forest trail. Continue on it 200 metres to the left, until you reach a hillock called Peña Seto, where you leave the trail and descend down a path until your reach a narrow crossing. Be careful when passing this, as there are rockfalls. Continue descending on the scree foothills at the base of great limestone crags. There is abundance of bird wildlife in the rocks until you pass next to a house called Ribalosbaños, where there is a natural spring that provides for the factory. The house is in the low area near the Iregua River. The path continues near the river, passing next to remains of a stone tower that was a former limekiln. You will pass behind the Peñaclara factory until you reach the bridge of the national road that crosses the Iregua River. The path passes under the bridge and follows the right river bank, leaving the remains of a chapel on the left until you reach Torrecilla and enter the Barruelo district. Once inside this district, cross the beautiful medieval bridge over the Iregua River and access the city centre of Torrecilla, where you can visit the riverside park of the San Lázaro Chapel.

Viguera is a municipality in the autonomous region of La Rioja on the banks of the River Iregua.-Location: It is part of the district of Logroño. The municipality lies at the foot of the Cameros Nuevos Mountains. -Area: 21.8 km2. -Height: 720 metres. -Populated areas, neighbourhoods or villages: Panzares and Castañares de las Cuevas. -Economy: Just like in other neighbouring areas, Viguera has lost a lot of its population due to its weak economy. Crop farming plays a minor role and livestock far ... 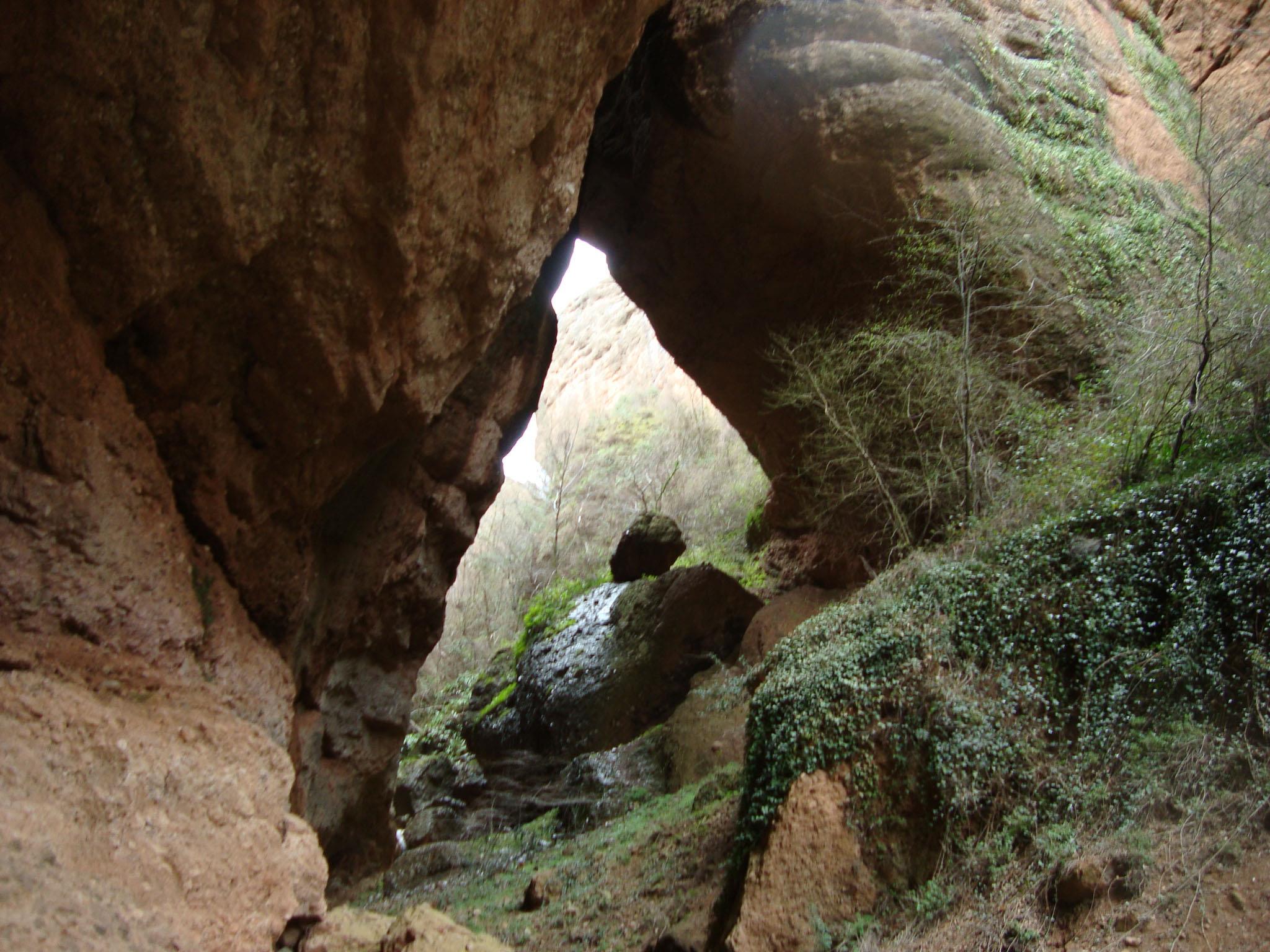 Torrecilla en Cameros is a municipality in the autonomous region of La Rioja.-Location: It is part of the district of Torrecilla en Cameros. The municipality is surrounded by the Cameros Mountains in the mid and upper valley formed by the River Iregua. -Area: 30.27 km2. -Height: 774 metres. -Economy:Torrecilla's population remained stable during the first half of the century, but when its main industry moved to Viana in the '60s, the population dropped and it has continued to do so up to the pre ... 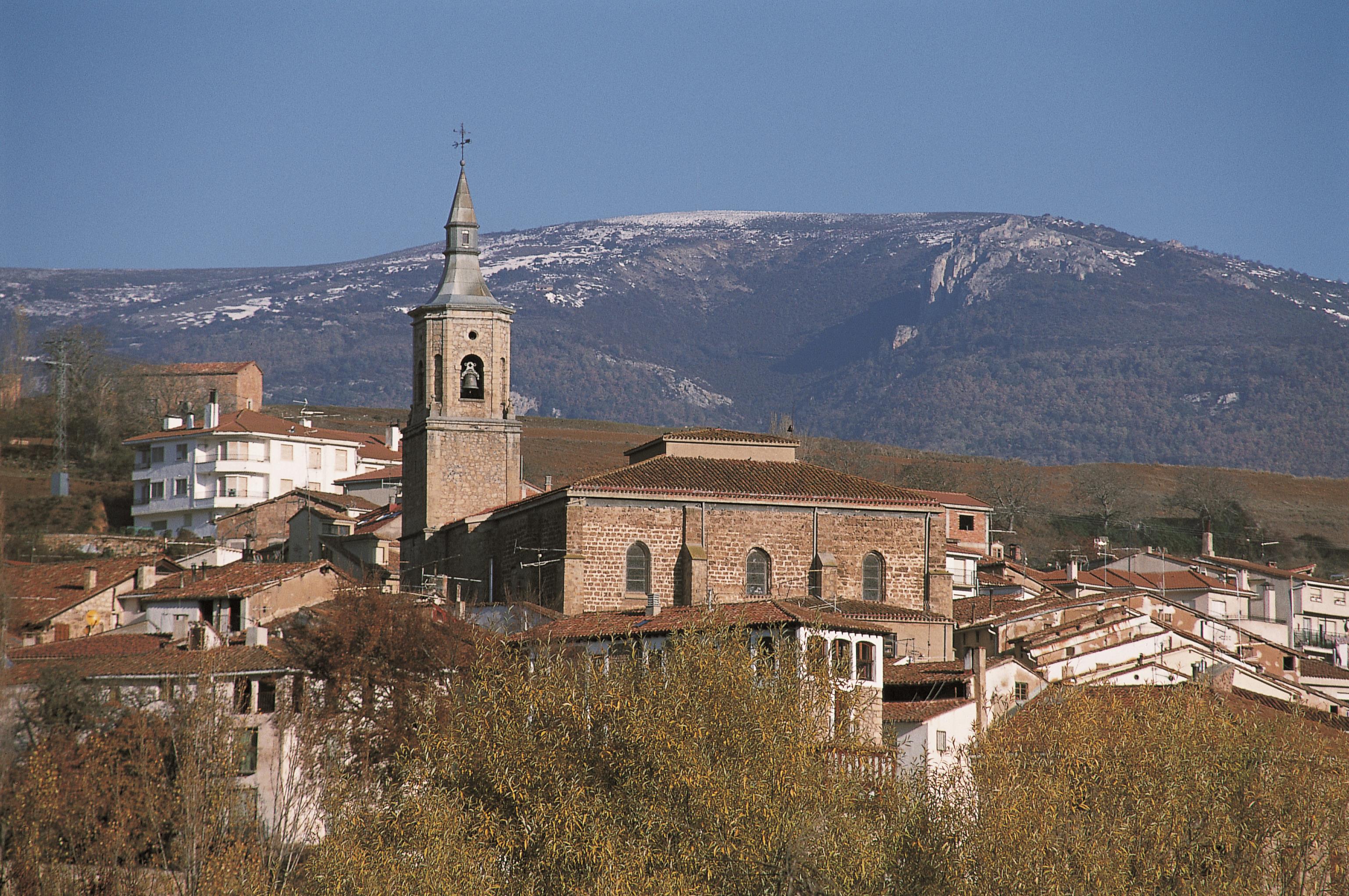 Mid-mountain area with extensive wooded sections on both sides of the Iregua River and unique-looking crags of great interest to birds. At the start, there are open areas where needle furze shrubs grow and, further on, large masses of Portuguese oak and beech woods on the North-facing hillsides and higher ground. Conglomerate-rock promontories, such as Mount Castillo de Viguera or limestone cliffs, such as those located before Torrecilla, are of great relevance to rock-nesting birds, and are populated by significant vulture colonies. This area is part of the land within the Natura 2000 network (Mounts Iregua, Leza and Jubera), which comprises both the SPAB (Special Protection Area for Birds) and the SCI (Site of Community Importance) previously designated with the same denomination.