Ortigosa de Cameros (00 min) Exit the village on the road that leads to Ortigosa. After 6 minutes, turn right towards the road to Peñaloscintos. Between Ortigosa and El Despoblado de El Hoyo take into account that the footpath coincides with the first part of the third stage of the Iregua Roman Road, that goes from Ortigosa to Villoslada. Peñaloscintos (40 min) Village that depends of the City council of Ortigosa that dominates the González Lacasa Reservoir. After reaching the church, descend the wide steps and take the street to the cemetery to the southeast. The road that exits the village becomes a trail that you must follow until the first curve. Then, leave the trail for a route on the right with a gate. Cross it, go along the edge of a field and go up a Pyrenean oak forest at the end of a river bed until you reach a gate. Gate (1 h 03 min) Boundary between the towns of Ortigosa and Villanueva. Cross the fence and, after a 5 minute ascent, you will arrive at a clearing with fields. Continue in the same direction, now slowly descending, until you reach a trail. Follow it for 40 metres to the right and exit it on the left. Descend among stone walls until you reach the vicinities of El Despoblado de El Hoyo. Despoblado de El Hoyo (1 h 20 min) Here is the connection El Hoyo-Villoslada, that on the right leads to Villoslada in 5.6 km, which allows to connect with the Footpath High Iberian Valleys. This stretch is also the continuation of the third stage of the Iregua Roman Road. Continue down the footpath and, right before reaching the chapel remains, that cannot be seen from the path, turn left and descend to the east towards the bottom of a ravine. After a water fountain, cross the channel path, overcome the slope and continue descending the ravine until you reach a trail. The footpath from El Despoblado de El Hoyo coincides also with a stretch of the Iregua Roman Road, specifically the 2nd alternative from Villanueva. Trail from Villanueva to Lollano (1 h 42 min) Descend the trail to the left and follow it until you reach the bridge over the Iregua River. Cross it and you will arrive at the gas station of Villanueva on the general road Logroño-Soria. Villanueva de Cameros (2 h 09 min) Village at the banks of the Iregua River. It has an interesting reredos in the Church and a centenary walnut tree next to the Nuestra Señora de los Nogales Chapel. Exit the village through the path that starts on the general road by the clinic. Ascend 30 metres and turn left to follow a trail that goes along the edge of the back of the houses. When you reach the chapel, it becomes a footpath and the slope steepens until you reach a fence. Gate (2 h 15 min) Cross the gate and follow a hillside path that enters dense vegetation. After 5 minutes you will arrive at a hillock with a good view of Pradillo, where you turn to descend towards a ravine among beeches. Go upstream following the river bank. After 100 metres, cross a fence that separates the towns of Villanueva and Gallinero, cross the stream and go up towards a hill to the northeast. Hill (2 h 55 min) Cross the hill and descend a well-marked path. After passing next to a fountain you will arrive at the town. Gallinero de Cameros (3 h 12 min) On a hill you can sight the Chapel of La Virgen de la Cuesta. Cross the town on the Real street, that passes next to the church. On the way out, after crossing a stream, go up to the northeast on the old path to Pinillos for 400 metres. Do a sharp turn and take a route to the right in southwest direction to ascend a hill. Hill (3 h 26 min) Cross the hill and continue up in northeast direction. The area is covered by brushwood and isolated holm oaks. After reaching a hillock, enter a river bed with fields that you must border until you reach a by-path that crosses the footpath. Turn right and cross two trails towards the south. 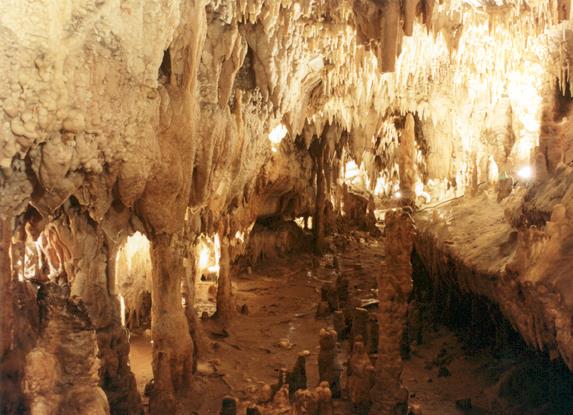 Villanueva de Cameros is a municipality in the autonomous region of La Rioja and part of the district of Camero Nuevo. It is accessed via the N-111 road, which crosses the village. The populated area of Aldeanueva de Cameros is just 2 km away. During the winter months, almost nobody lives in this village.-Location: It is part of the district of Torrecilla en Cameros and is found upstream of the River Iregua. -Area: 19.15 km2. -Height: 914 metres. -Populated areas, neighbourhoods or villages: Ald ... 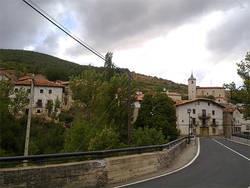 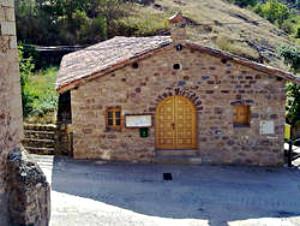 Laguna de Cameros is a municipality in the autonomous region of La Rioja in the basin formed by the River Leza in the district of Camero Viejo.-Location: It is part of the district of Torrecilla en Cameros. It is in the upper part of the Leza River, where the Leza and Iregua Rivers meet.-Area: 41.5 km2.-Height: 1,042 metres.-Economy: The municipality's main income derives from farming, particularly cattle. Forestry also plays an important role. 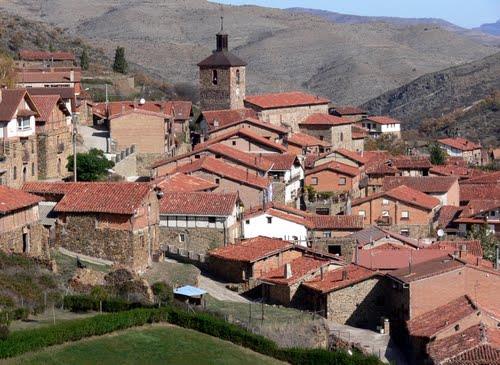 Mountain area with extensive Pyrenean oak cover next to the footpath, as well as Portuguese and holm oak on limited spots during the route, and beech groves and reforested Scots pine on higher ground. In the Leza valley, it is even more obvious that the land is considerably less wet than in the mountains, and you can see a wide spread of rockrose bushes. This area is included within the land under the Natura 2000 network (Mountain ranges of Demanda, Urbión, Cebollera and Cameros), which comprises both the SPAB (Special Protection Area for Birds) and the SCI (Site of Community Importance) previously designated with the same denomination.