The footpath starts again next to the new building of the Health Resort of La Albotea, that takes advantage of an ancient natural spring where some hot springs were established during mid-19th century. The path follows the right river bank of the Alhama River on the edge of the cultivated meadow. It has orchards on one side and the hillside on the other. Its surface makes it suitable for walkers and bicycles. It has wood railing at certain points and informative panels on the environmental and cultural estate of the area. The path enters Cervera del Río Alhama at the same point as the LR-123 road. Follow the road towards Cabretón and Valverde and, after passing next to the old municipal slaughterhouse, turn right before reaching a curve. The first stretch coincides with another marked route included in the Footpath Network of La Rioja, the Footpath La Rioja Mountains, that in this stage goes from Cervera to Valverde. After a little more than a kilometre, the path continues next to the Alhama River bank, while the Footpath La Rioja Mountains goes to the left. From there, the path follows the Alhama Valley very near to the limestone cliffs of fluvial origin. These are the environment of a great number of birds that nest in rocks, such as the common vultures that can be seen throughout the whole itinerary. Further on, the path passes next to one of the Celtiberian sites with greatest interest in the peninsula, the archaeological site of Contrebia Leukade. The path borders the mountain on which it settles and runs among orchards until it enters Inestrillas, where it crosses the LR-284 road that leads to Aguilar del Río Alhama. The river is crossed further on a footbridge that leads to the centre of the town. Continue down the streets of the town towards the east, where the path goes on a kilometre between the orchards in direction of Aguilar del Río Alhama. The path ends when it merges with the LR-409 road from Aguilar to Valdemadera.

Aguilar del Río Alhama is a municipality in the district of Cervera, La Rioja. It lies among low mountains in the foothills of the Sistema Ibérico mountain range. It is part of the Lower Rioja region through which the River Alhama crosses.-Location: It is part of the district of Cervera del Río Alhama. -Area: 54.2 km2. -Height: 637 metres.-Populated areas, neighbourhoods or villages: The villages of Gutur and Inestrillas.-Economy: Theses are farming villages (a lot of asparagus is grown) and som ... 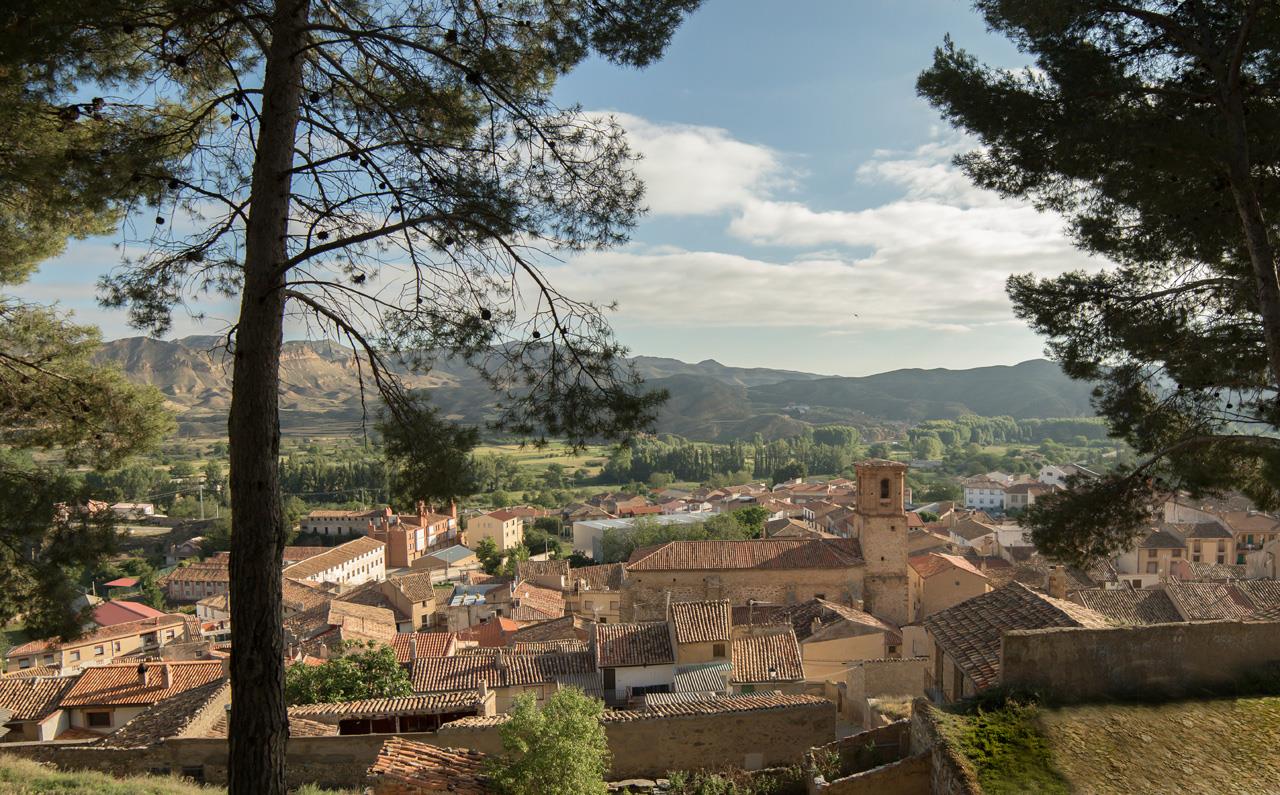 Cervera del Río Alhama is a municipality in the province of La Rioja, Spain. The town is in the southeast of the region at the foot of the Alcarama Mountains, covering 152.6 km². Other towns such as Cabretón, Aguilar, Valverde, Fitero and Cintruénigo are close to Cervera del Río and the town itself is around 30 km from Tudela and 87 km from Logroño, via Arnedo and Grávalos (100 km if you go via Calahorra). The town is on the banks of the River Alhama at around 550 metres altitude. It has two n ... 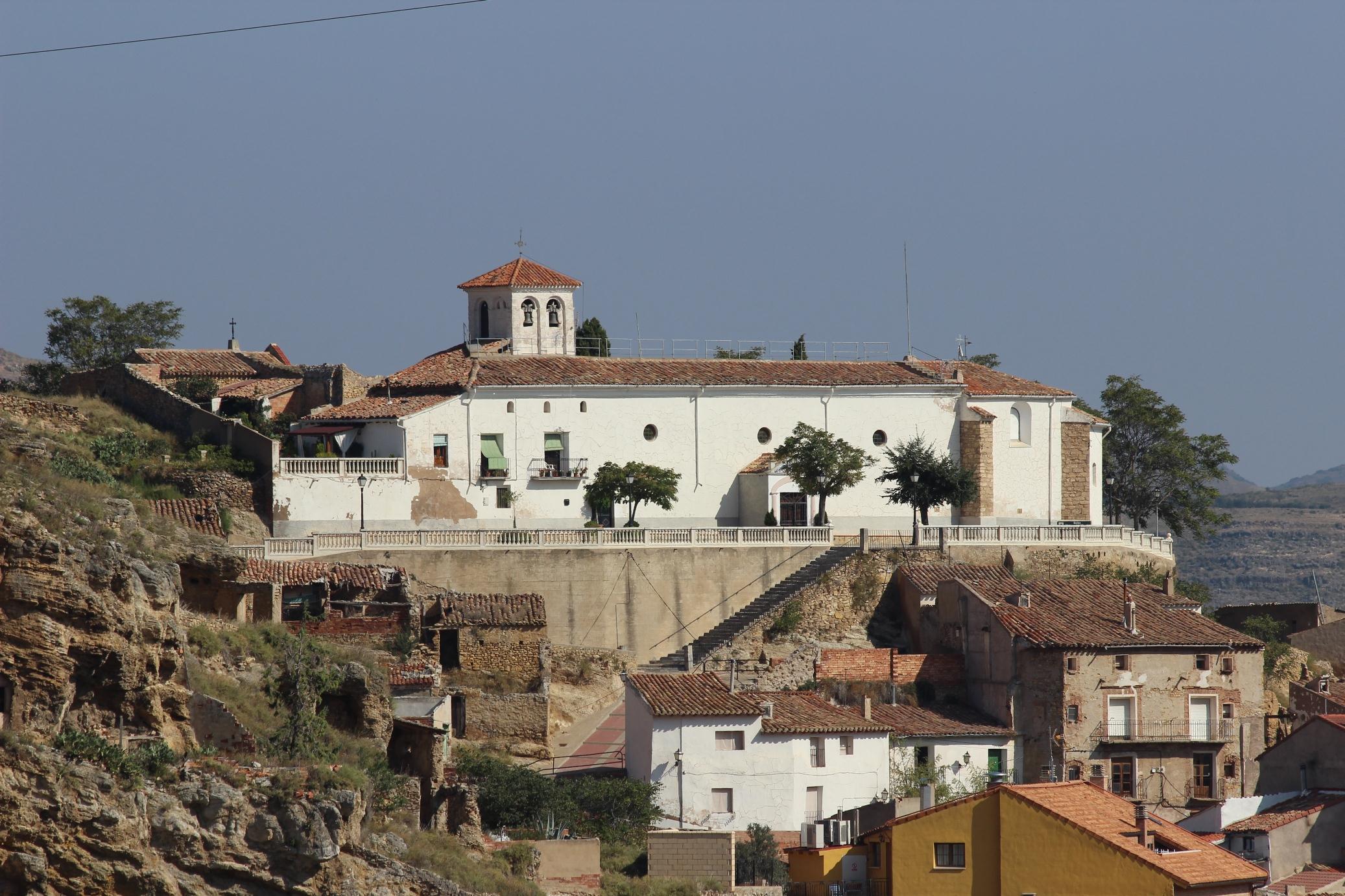 Valley of the Alhama River, which flows through a riverside landscape, with fertile vegetable plots and black and silver poplar groves growing next to the river. The limestone river cliffs, on both sides of the route, serve as a habitat to a large number of rock-nesting birds, especially to a considerable colony of griffon vultures. Among the Mediterranean scrubs growing on the deforested hillsides, there are plenty of aromatics, such as rosemary, thyme or lavender. This area is included within the land under the Natura 2000 network (Mountain range of Alcarama y Valle del Alhama), which comprises both the SPAB (Special Protection Area for Birds) and the SCI (Site of Community Importance) previously designated with the same denomination.