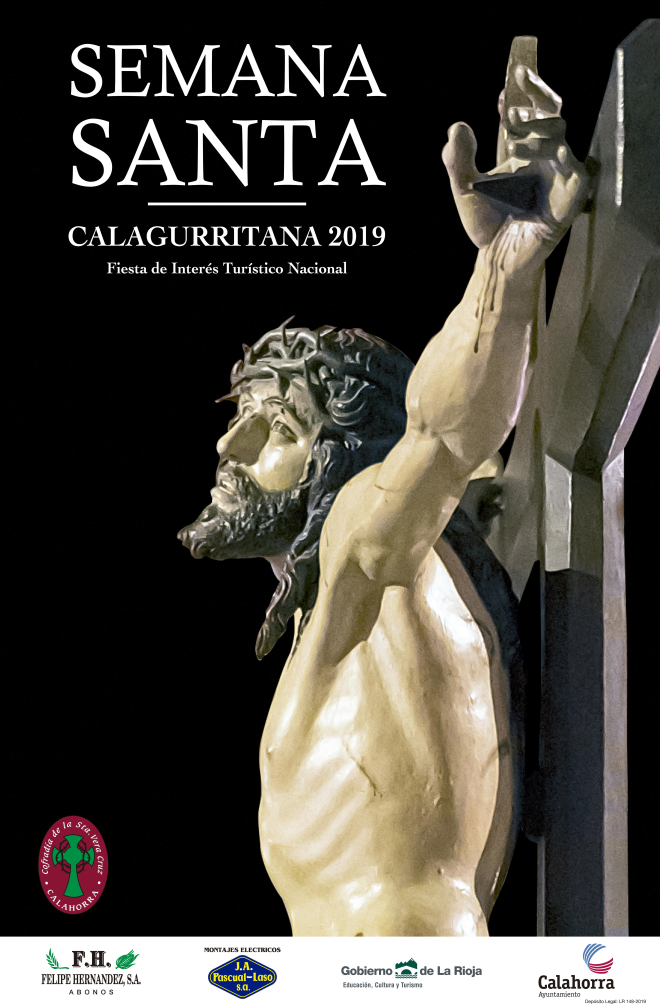 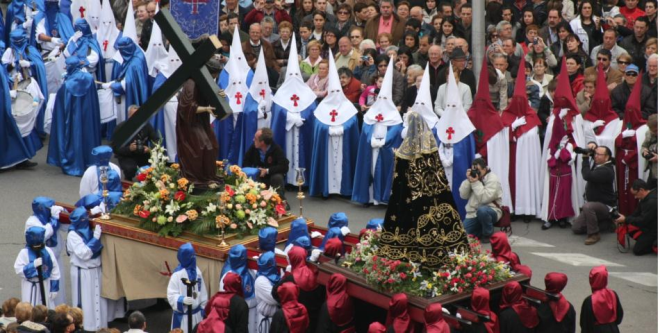 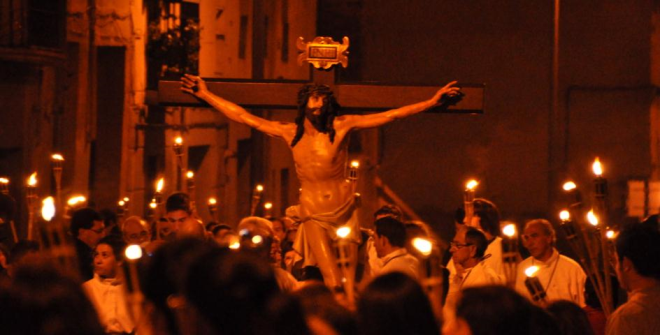 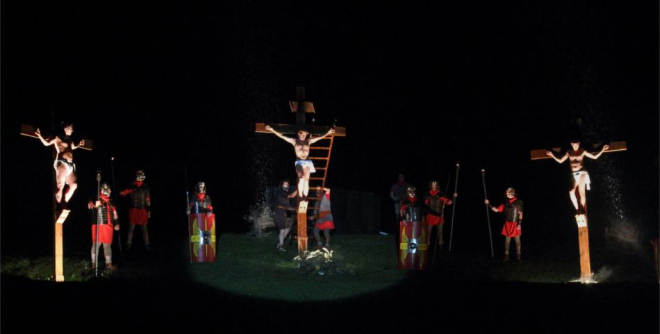 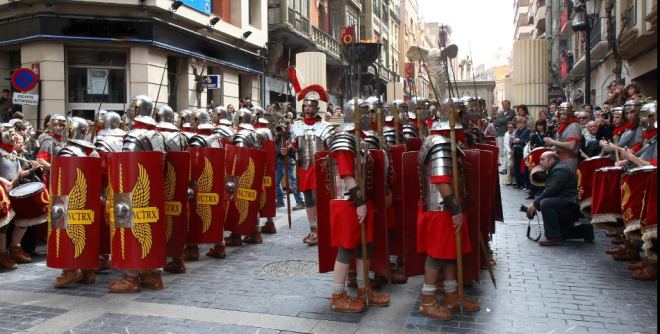 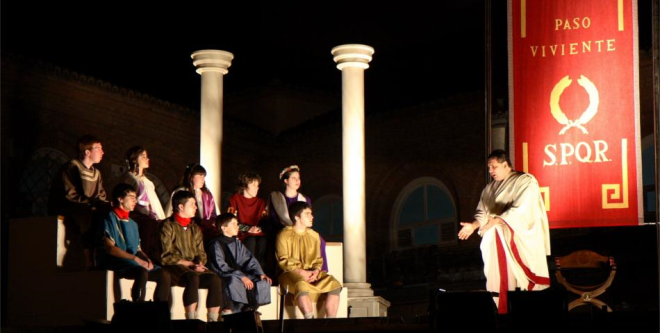 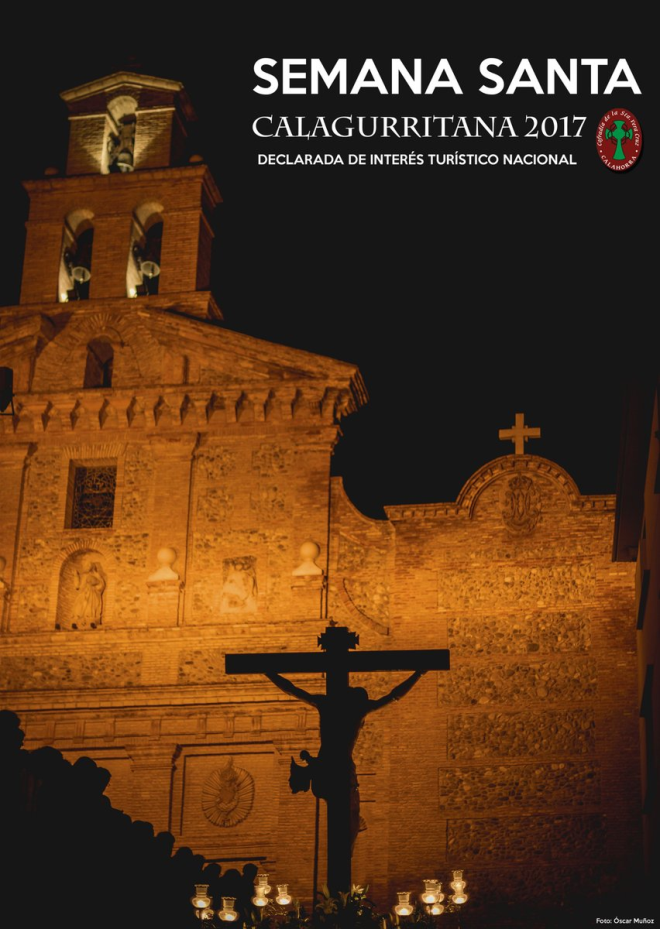 In the Calahorra Holy Week, listed as a Regional Feast by the Government of La Rioja in September 1998, they merge the Roman essence of the ancient Calagurris with Christian tradition in one of the oldest cities in Spain.

Their roots are based on a great citizen participation, which highlights in particular the Brotherhood of the Vera Cruz, whose presence in Calahorra dates back to the 16th century, and the Cultural Association 'Paso Viviente'. Both entities are involved in organising a major programme of events which includes, among others, the processions, the traditional proclamation of Easter, the representation of the sacrament, the national concentration of processional bands, the Cultural week of Easter, workshops, exhibitions and Lent talks.

Main events include the Roman market Mercaforum (since 1995), Passion Saturday and Palm Sunday and which allows visitors to immerse themselves in ancient Rome, thanks to the recreation of environments, the reproduction of the Roman public and private buildings, and the characterization of all participants.

They also highlight the processions, involving some 1,800 people belonging to the unique penitential brotherhood that exists in the city, the Brotherhood of Santa Vera Cruz, in charge of guarding the 20 stages of the procession and that even today they are borne on shoulders along the narrow, steep streets of Calahorra.

The Magnificent Procession of the Holy Burial and the staging of the passion are the central events of Holy Week in Calahorra. It is an important event that, since its first simple performance in 1982, has evolved to narrate, along more than one kilometre in length and in various scenarios, the passion of Christ, from the arrival to Jerusalem until his resurrection.

Parallel to the religious activities, the city hosts these days several unique events, such as the traditional game of the sheep or the days of Roman cuisine, carried out in the Parador Nacional bringing Roman products and flavours from ancient recipes adapted to our times closer to the public.

The tourist and cultural offer of the city also includes the Romanisation Museum, the Museum of the Stages of the Holy Week, the Vegetables Museum, the Interpretation Centre of the Holy Martyrs San Emeterio and San Celedonio, 'La Casa Santa' and the Cathedral Museum, with treasures like a Bible of the twelfth century or the custody of Cypress from the 15th century well as the Vegetable Food Festival.