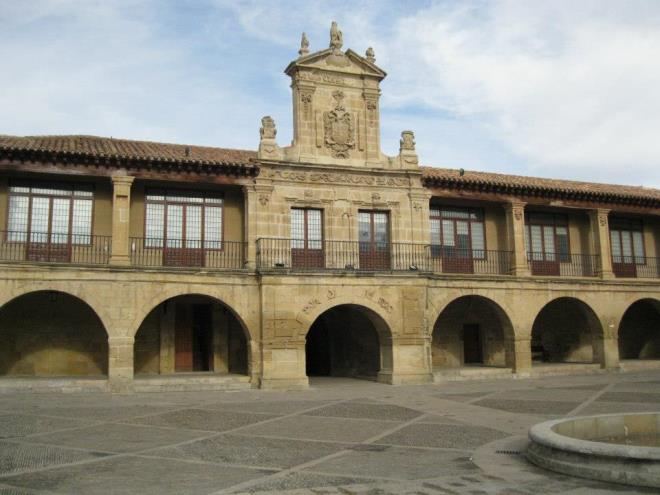 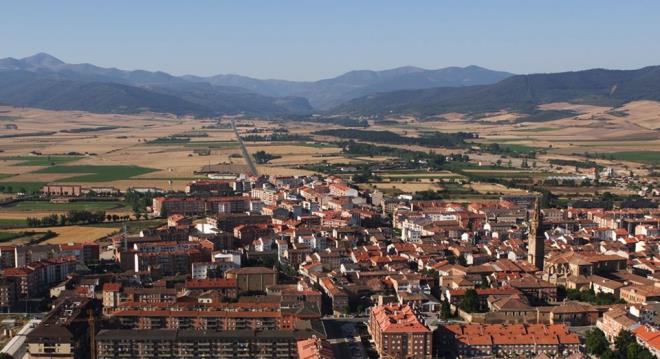 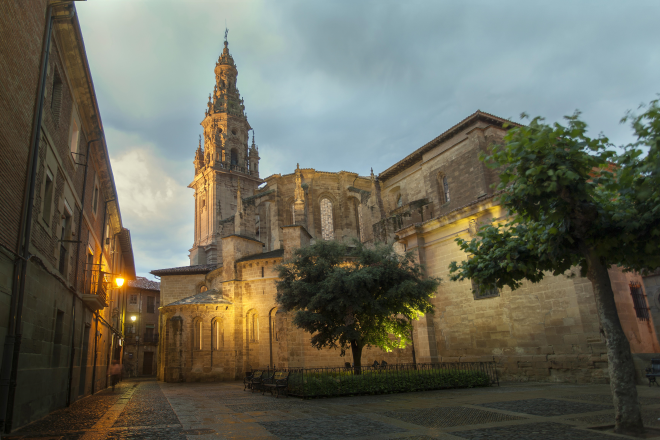 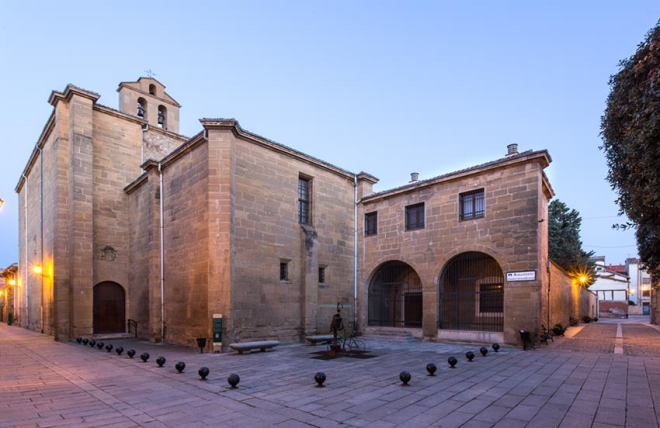 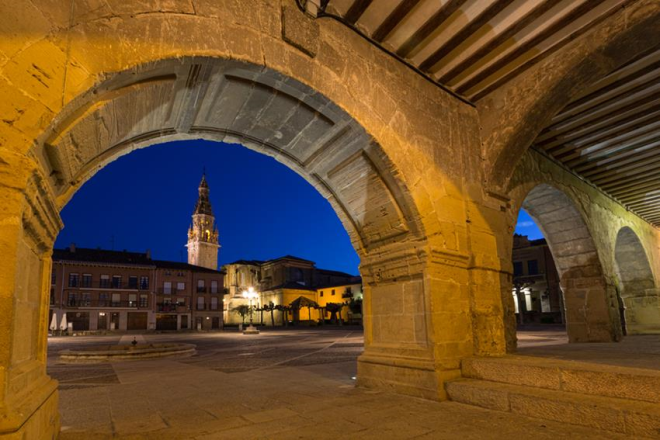 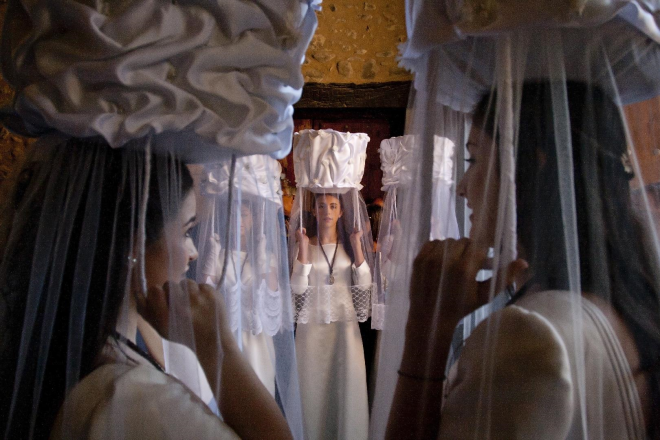 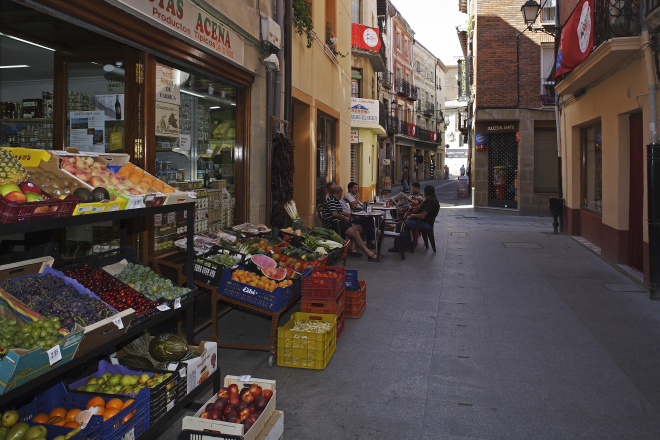 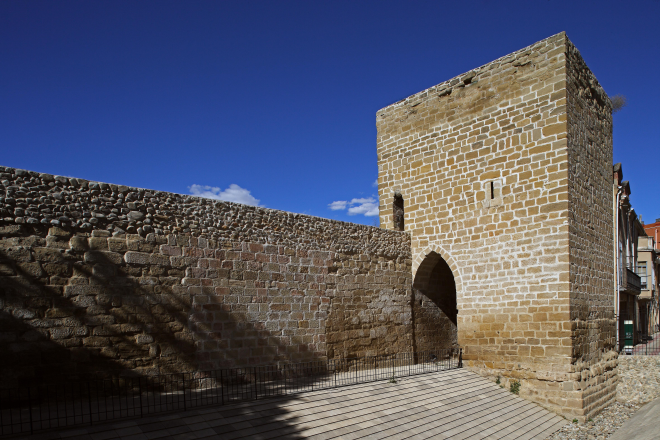 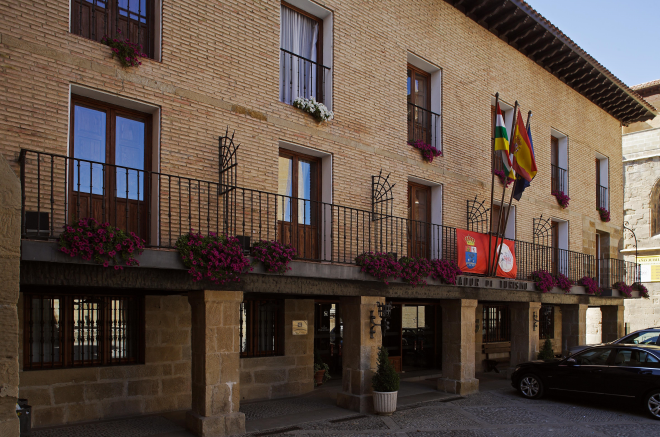 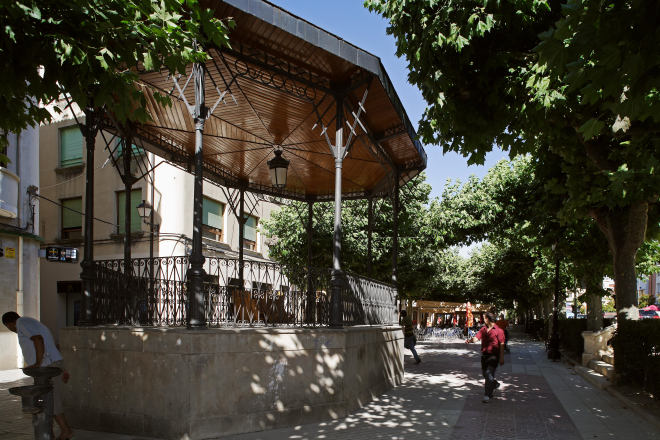 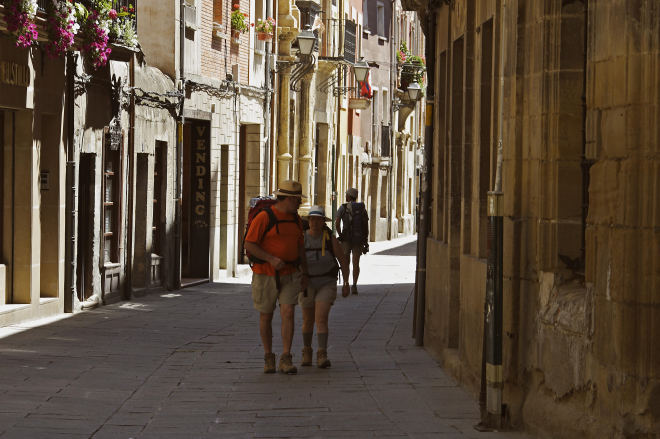 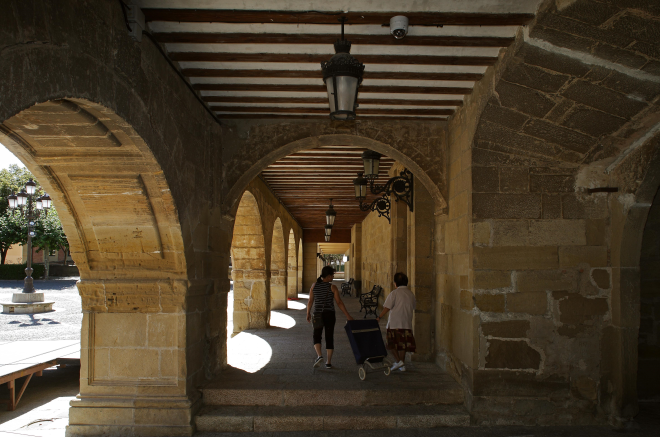 Long Description:
The city is a beautiful stop on the Way of St. James. It is linked to Santo Domingo, who was born in Vitoria, and to his building work on the Roman road. The city was settled and grew as a result of the pilgrim's hospital founded by the Saint around the second half of the 12th century. The bridge spanning the River Oja, which helped pilgrims on their way, also contributed to the city's development. The city grew as a result of the inn, then later due to the Way of St. James and it became a considerable artistic, religious and financial centre. It became more powerful in the late Middle Ages.

In August, there is a play about the miracles of the saint called «Los Milagros del santo», and during the December bank holiday to celebrate the constitution there is a «Medieval Market». Of interest: visit the real cockerel and hen in the cathedral.

On the 25 April, the first day of the festival, members of the guild walk the streets of the town using a feather to paint blue marks on the faces of the young people chosen to take part in the procession. From the 1 May onwards, a drummer walks through the town banging a drum to represent the Saint's steps as he guided the pilgrims. On the 10 May, there is a procession of sheep to remember Alfonso I of Aragón's 1112 order, which stated that the town's livestock could graze freely on the kingdom's mountains. On this day, oak branches are blessed and there is a procession of Prioresses. The Pan del Santo procession takes place the following day. A child carrying a bread figure of the hanged pilgrim leads the procession, followed by the maidens. The Wheel Procession also takes place on this day. The Saint's death is remembered on the 22 with a shared lunch, mass in the cathedral and then the procession. During the festivities there are open-air dances, bull fighting and all kinds of other events.

-Surrounding area: The Abejas and Santo Chapels. The town is close to Valdezcaray and the Demanda Mountains.


-Location: The town is part of the district of Santo Domingo de la Calzada. It is on a large river plain and to the south and south west the landscape gradually rises towards the foothills of the Yuso Mountains.
-Area: 39.91 km2.
-Height: 638 metres.
-Economy: The main activity is farming, particularly rain-fed crops and potatoes, but there are also some more recent industries: metal, construction, wood, textiles, etc. The tertiary sector is growing and there are many businesses of all kinds including workshops, banks, hotels, businesses, schools and shopping centres, etc.
Tourism resources:

<strong><a href="http://www.lariojaturismo.com/lugares_fichas/ampliar_ficha.php?Buscador=1&Id_contenido=1678" target="_self">Santo Domingo Cathedral</a></strong>. Established in 1106, it became a cathedral in 1232. The floor plan is a Latin cross, following the model of pilgrimage churches. It was built in ashlar and it consists of three naves, chapels between the buttresses, double transept, octagonal chancel with five facing walls, and ambulatory with chapels. In addition it has a low choir, sacristy from 1602 and a 14th century cloister. The main portal faces south and has three sections. In its interior is the reredos built by Damián Formen, the tomb of the Saint in the arm of the transept next to the epistle, in front of the henhouse (which has a live cock and hen, that remind us of the miracle of the Way of Saint James). Underneath the tomb, there is a crypt with built-in reliefs of San Juan Evangelista and a sample of works from the 13th to the 15th centuries. The main highlights of the cathedral are the beautiful chapels and the free-standing tower. San Francisco Church, established in the 15th century, rebuilt from 1567. It consists of a single nave with transept and chapels between the buttresses. The main highlight in its interior is the great reredos. Las Bernardas Church, with one single nave, houses an ornate great reredos. Ramparts. Plaza de España. City council, building of the 18th century. San Francisco Convent, palaces, mansions, historic city centre. Parador Nacional de Turismo, former Pilgrim Hospital. The highlight of the facade is the ogival arch portal above which rests a niche topped by a pediment that hosts the saint’s image. Palace of Obispo del Pino, House of the Saint, Hospital of the Saint. Market on Saturdays.