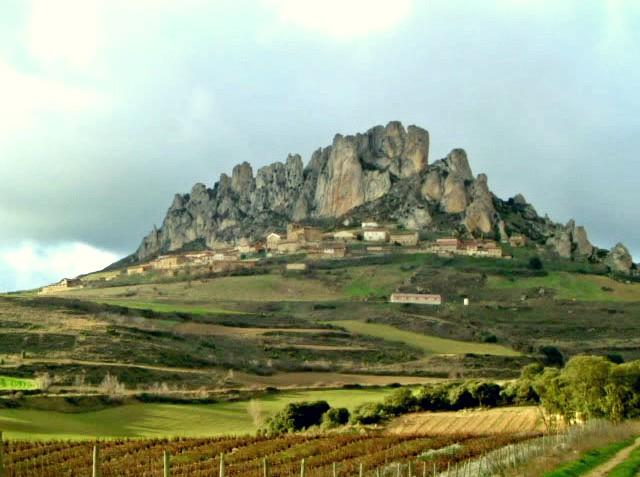 Cellórigo, or the «Pulpit of La Rioja» as it is known, had its golden moment during the 9th century when there was a castle that witnessed numerous fights between Arabs and Christians. Nothing remains of the castle. Cellórigo appears in Fernán González's oath, in the 12th century charters of Miranda and in Cerezo's charter as well.

-Surrounding area: The Nuestra Señora del Barrio Church, the patron of Cellórigo, is in the Santa María neighbourhood. This 12th century church is now in ruins. There is a spectacular panoramic view from the PeñaLengua hill, which forms a natural border between Burgos and La Rioja.

-Location: It is part of the district of Haro. It is between the southern foothills of the Obaranes Mountains and the plains of the Upper Rioja region. The landscape is very rugged with large crags like the solid Peñaluenga. These make the border with Burgos. Since it was settled, it has dominated the Tirón and Oja valleys.
-Area: 12.3 km2.
-Height: 790 metres.
-Economy: The municipality is almost uninhabited. The few people who live here are farmers, growing crops or breeding livestock.
Tourism resources: