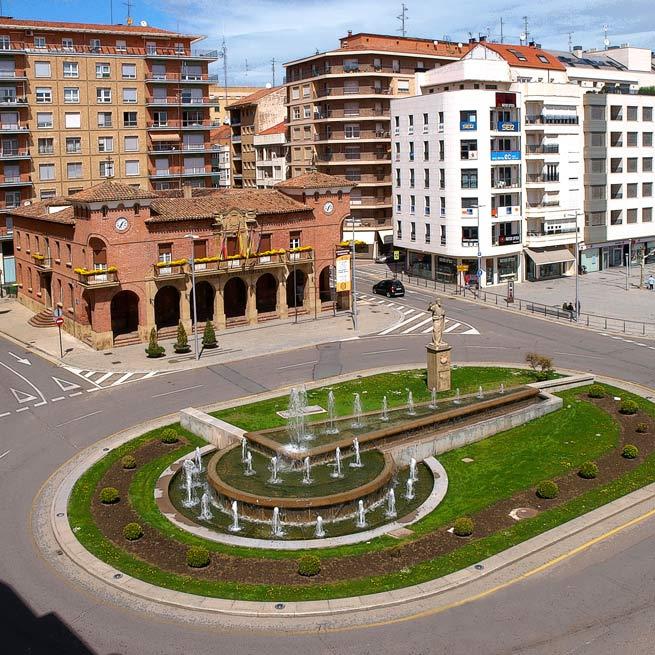 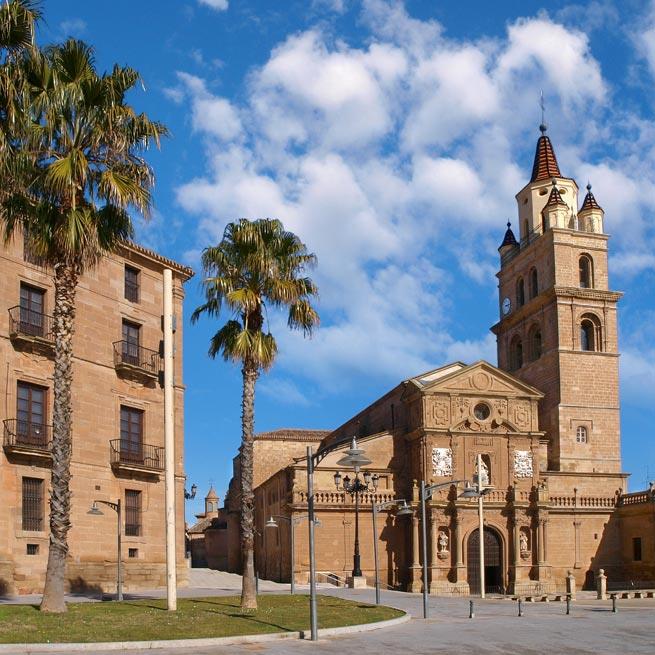 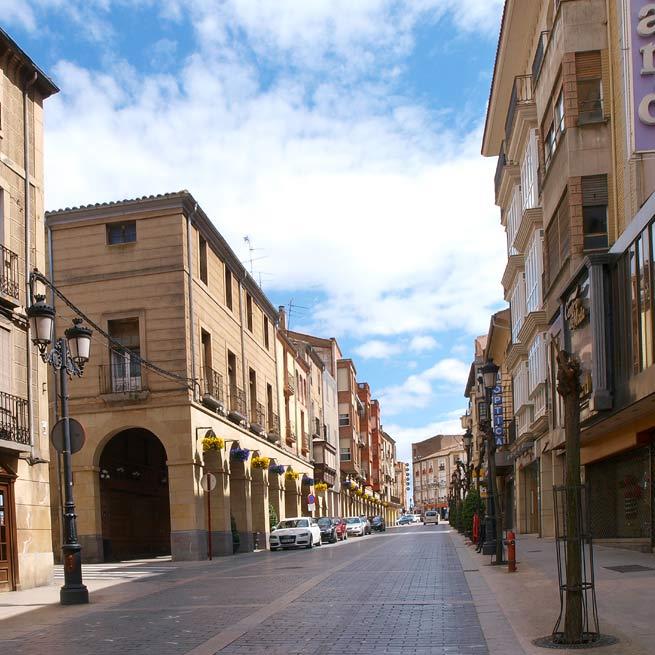 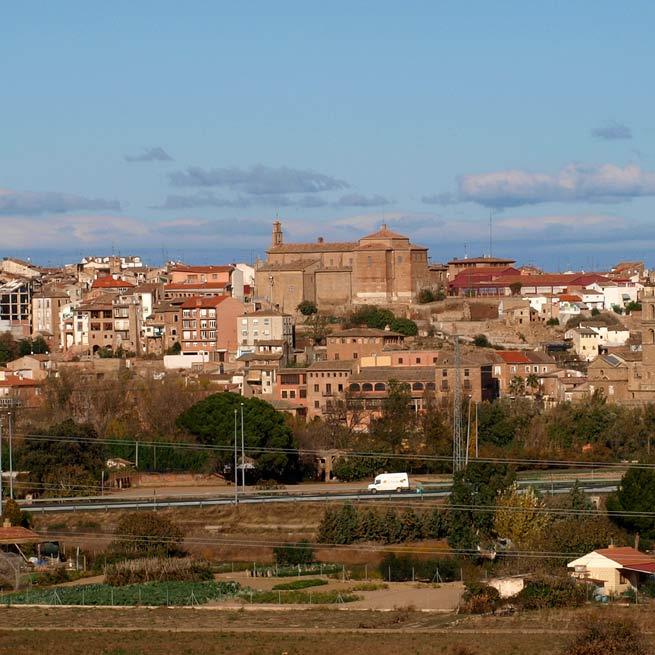 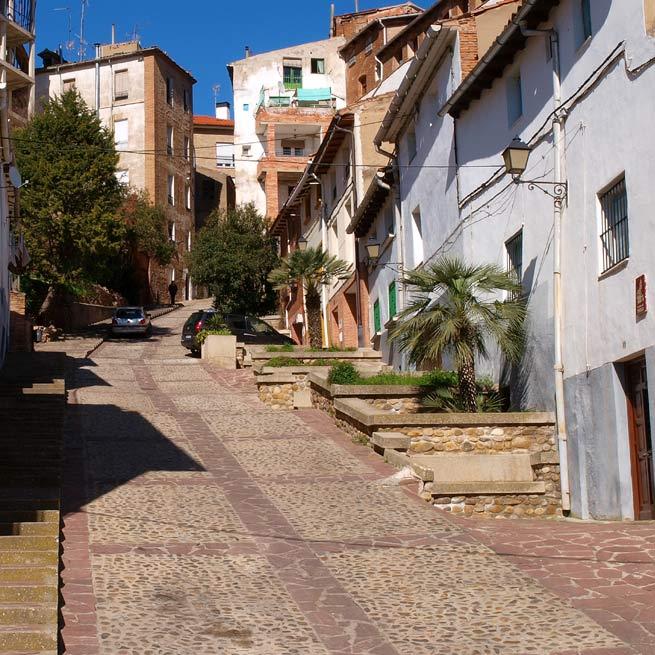 Calahorra is a Spanish city in the autonomous region of La Rioja and part of the Lower Rioja area. The population in 2012 was 30,000 according to data from the Spanish national statistics institute (INE). The town measures 91.41 km² and the population density is 264.9 inhabitants /km². The city holds the titles of Very Noble, Very Loyal and Loyal City. Since the 4th and 5th centuries, it has been the diocesan headquarters of Calahora, which in the past extended all the way to the Bay of Biscay. It is the second most populated and second most largest city in the autonomous region after Logroño. It is the capital of the Lower Rioja district and is known for its farming and antiquity. It was an important Roman city called Calagurris Nassica Iulia and it minted money until the Middle Ages. In addition, Calahorra was the birthplace of the grand oratorical master Marco Fabio Quintiliano, the author of several texts and master of the Roman court. There is a statue in his honour opposite the Town Hall.
-Location: It is part of the district of Calahorra. The municipal area covers the region where the Rivers Ebro and Cidacos converge, forming a large river plain.
-Area: 91.4 km2.
-Height: 358 metres.
-Populated areas, neighbourhoods or villages: Murillo de Calahorra.
-Economy: It is the main social and financial centre of the Lower Rioja region and the most highly populated municipality in the region after Logroño. Population numbers have risen during this century due to its status as city and the boom in its farming, industrial and commercial activity. The city's wealth is mainly due to farming and industrial development and a significant increase in tertiary sector activity. Farming is mainly irrigated and the produce supports the canning industry. The main products grown are fruit and vegetables and they always feature strongly during the annual fruit and vegetable show and the culinary conferences that are organised. Secondary industries include all kinds of businesses, such as canning, wood, packaging, shoes, etc. In terms of the tertiary sector, the city serves neighbouring villages and several municipalities in Navarre, providing different services including schools, a hospital and all kinds of businesses.

Many historical monuments: Cathedral of El Salvador, 12th century Romanesque building, rebuilt at the end of the 15th century, to which an ambulatory, chancel and north chancel were added. In the 18th century the facade was rebuilt. The building is constructed in ashlar and has three naves of different height, transept, presbytery and octagonal chancel with ambulatory, where the chapels open up. The cloister is Plateresque Gothic style by Martín de Olave. In the main altar reredos, the saint martyrs urns stand out. The cathedral is full of treasures. It is worth mentioning the chapel of San Pedro with Plateresque alabaster altar; the chapel of Cristo de la Pelota, patron saint of the pelota players, with a Gothic image; the chapel of the Santos Mártires with a Baroque reredos, Catholic Monarchs baptismal font, Renaissance choir stalls, magnificent sacristy, the great value painting of Santa Margarita de Alejandría, the reredos, the cloister, the tower, etc. Currently, until 30 October, the cathedral homes the exhibition Rioja, Tierra Abierta, a show that hopes to spread the history, culture and patrimony of La Rioja. San Andrés Church is a masonry building with three naves, transept and triple square chancel, with portal at the base and a great floral archivolt that frames the tympanum of the Calvary. The interior houses the Rococo reredos of the main altar and the Romanist image of the Virgin and the child. The Rococo choir stalls and the chapter house, that stores valuable canvases, are worth mentioning. San Francisco, a 17th century building with a single nave, transept and rectangular chancel. Santiago Church is a 16th century Baroque building, although the facade at the base and the tower are Neoclassic. It has a three naves with side chapels, transept with chapels, and a rectangular chancel. In the interior, the highlights are the Baroque images and another reredos with a Gothic full-size image of Christ. The valuable Rococo reliquary cornucopia is also worth mentioning. The Church of Carmelitas Descalzas del Carmen is a 17th century Classicist temple built in masonry and brick, with three naves of different height, transept and rectangular chancel. Facade with a niche that stores the Virgin and carved doors. The reredos of the main altar is Classicist. The Church of Carmelitas Descalzas de San José is a Classicist 16th century building built in brick and linked masonry. In its interior it preserves a Classicist reredos. Santa de Calahorra House is a building in masonry and brick. There are many archaeological sites with Roman remains. The site of La Clínica stands out as the structure of a 1st century Roman house can be seen. Bellavista Viewpoint, parks. Episcopal palace, construction ensemble of different times from the 16th to the 18th centuries. In the interior there are many treasures, such as silversmith works, clothes, sculptures and paintings. Plaza del Raso and Plaza de la Verdura. Diocesan museum in the cloisters of the cathedral. The Municipal Museum is set up in a building from the beginning of the century and it hosts a permanent archaeological collection and specific exhibits.