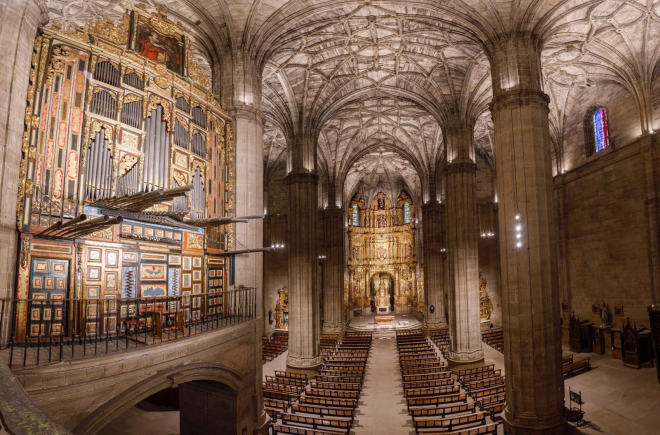 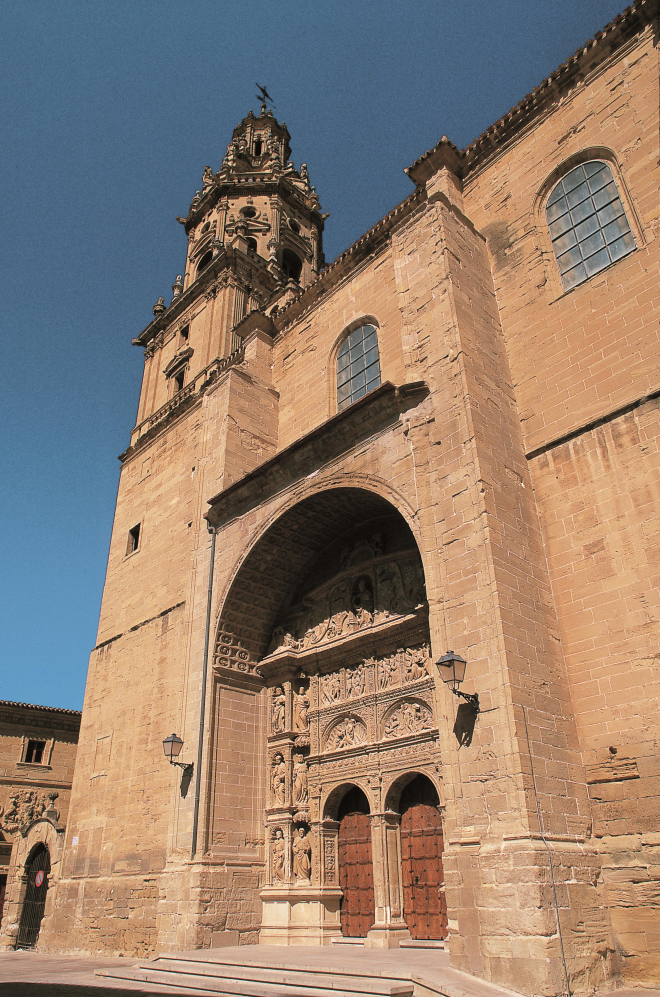 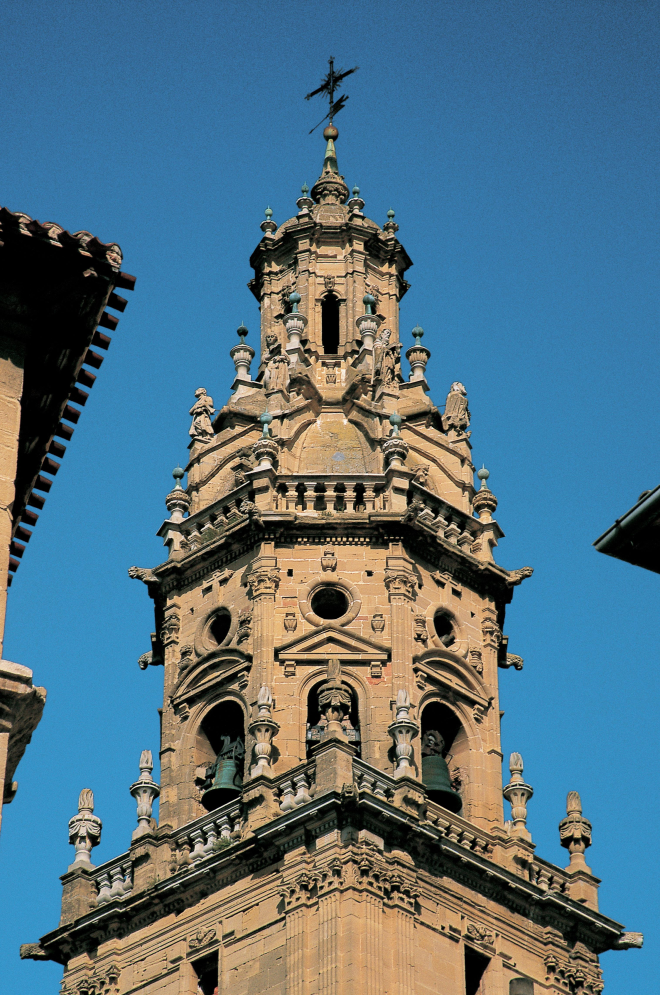 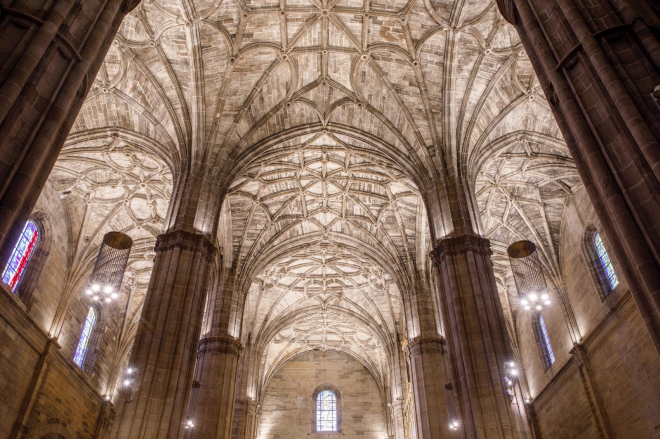 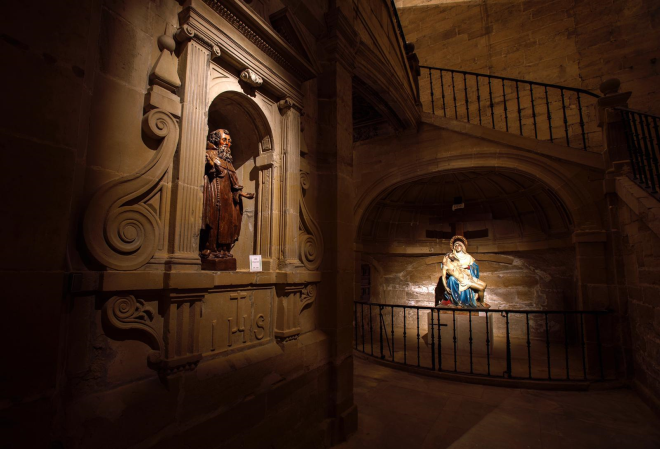 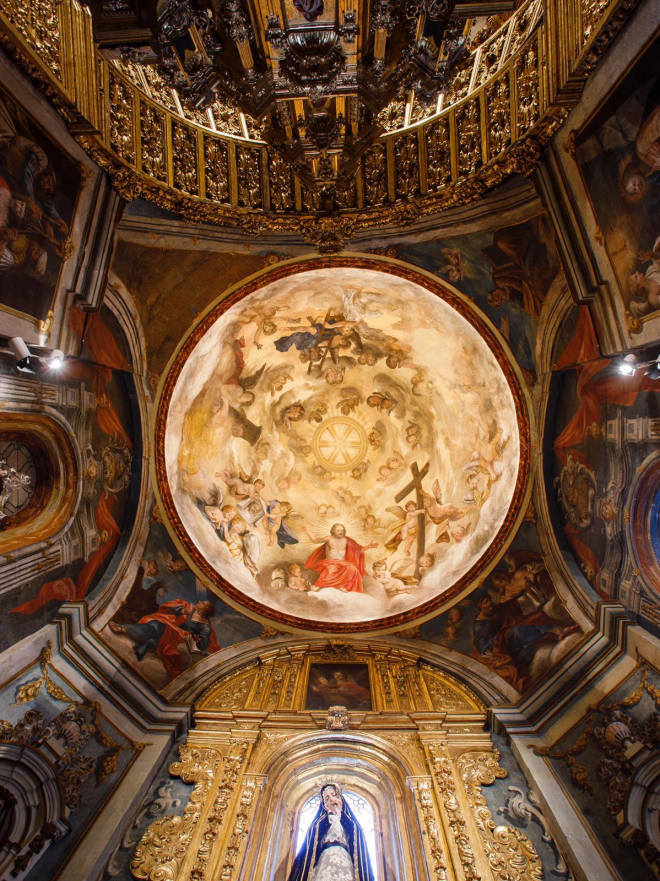 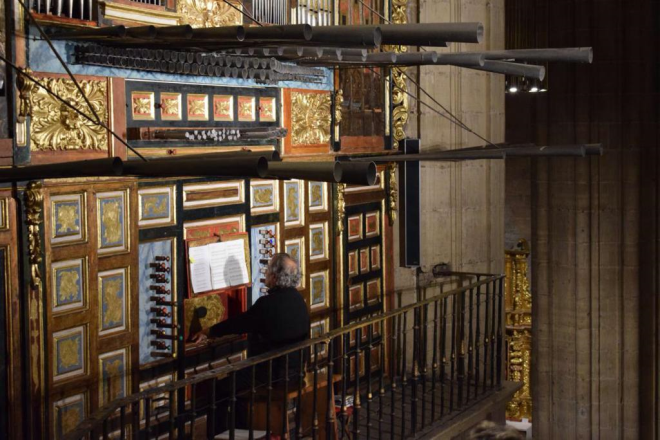 Building in honour of Santo Tomás Apóstol. Listed as a Cultural Interest Asset on 4 June 1931. Situated at the foot of La Mota hill, the primitive city centre, now known as "La Atalaya", built under the protection of the Constables of Castile.

It was built on a former ashlar building. The living floor or German 'hallen kirche' is divided into three naves of equal height without transept with fifteen vaults with stellar ribbing and different geometric arches over pointed arches and semi-detached columns and pilasters.

The choir and altarpiece are well worth seeing. In the choir, we can see the late 17th century choir stalls, the 1798 organ by Domingo Garagalza and the great altarpiece of the high altar. It is the largest in La Rioja and dates from 1730. It is made of wood painted with great decoration that gives the feeling of filling all the space; the "Horror Vacui".

The exterior boasts a main portal under an arch with scenes of the Calvary and imagery of the Apostles and the Eternal Father together with the Velasco coats of arms. It is a work in plateresque style by Felipe Vigarny, one of the most prominent sculptors of the Spanish Renaissance. Decoration with candlesticks, grotesques, and garlands made of stone and restored in 1999, introduces the new sculptural style of the Italian Renaissance Court in La Rioja and structurally represents the transition from the old church to the new church in the manner of triumphal arch.

But what is undoubtedly a very special component of this ensemble is the tower, which set the example for many others, such as those of Santa María la Redonda in Logroño (1742) or the towers of the Cathedral of Santo Domingo de la Calzada (1765). The lower part is the work of Juan de Raón 1671, in Gothic style, with a square shape. The upper part is more in the baroque style. It is the work of Agustín Ruiz de Azcárraga and dates to 1720. It has an octagonal body of bells which is crowned by a cupola with a lantern.