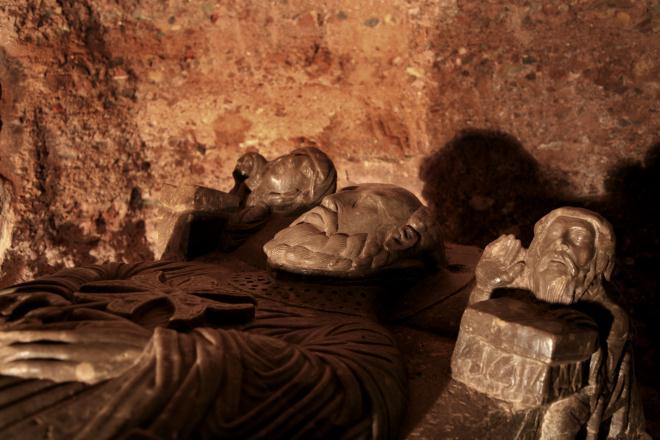 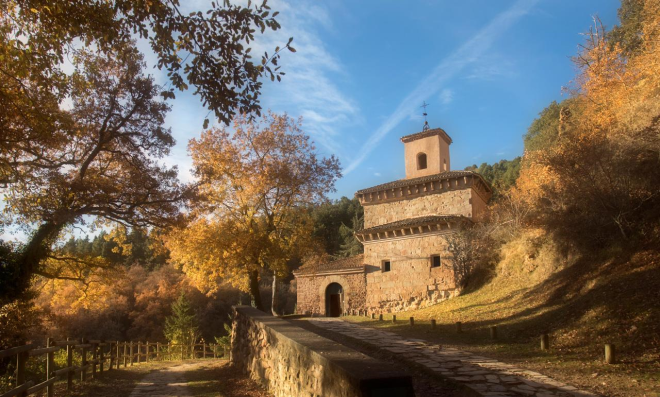 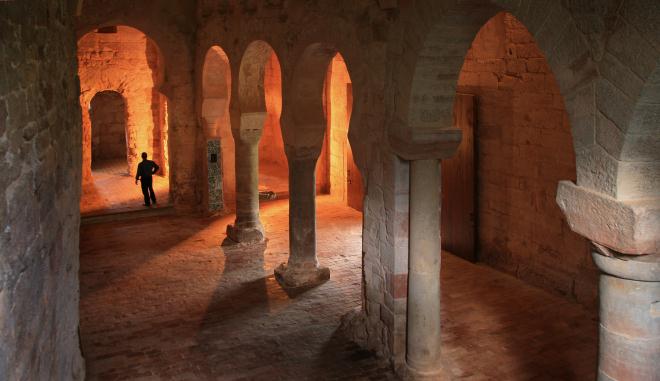 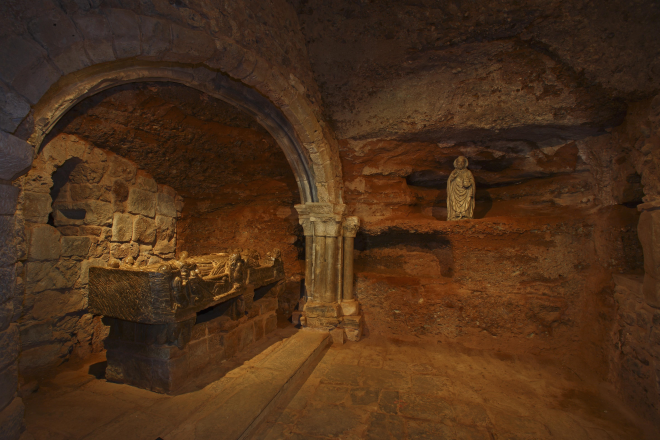 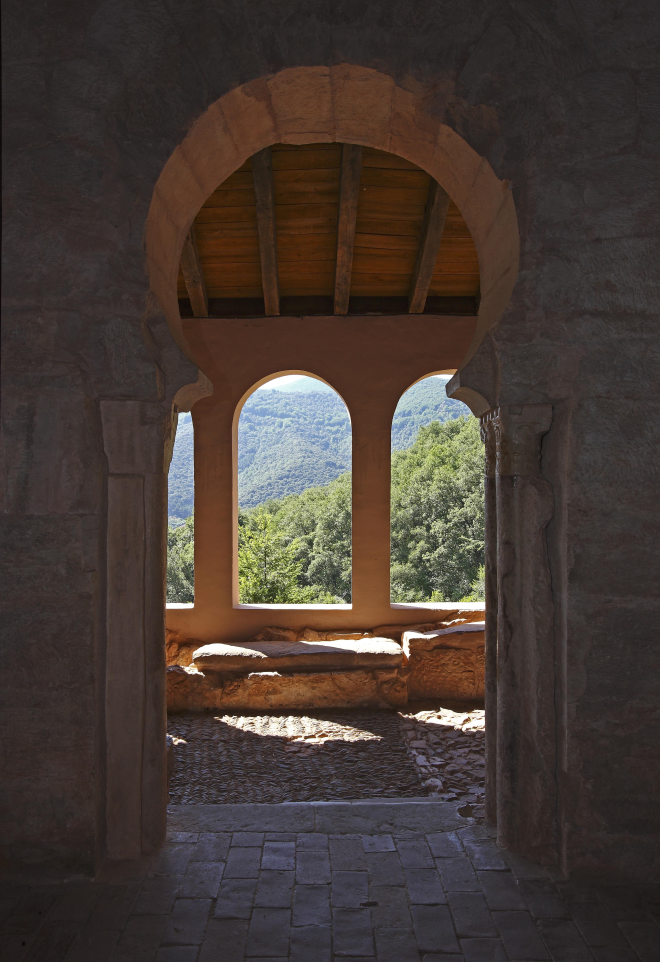 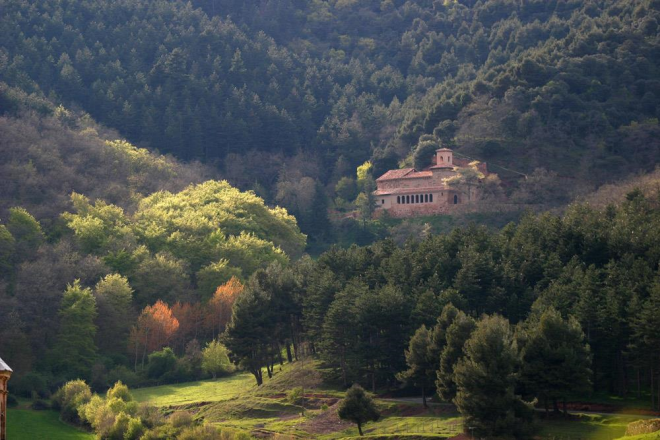 San Millán de la Cogolla is how this site made up of a village and the two monasteries is known, which has its roots in the community which grew up around the work of the hermit monk named Millán who lived 101 years (473-574) in caves in the sierra de la Demanda devoted to prayer. Suso from the Latin sursum means “at the top”, as the older of the monasteries is known, and Yuso, from the Latin deorsum, “at the bottom”. In 1997, they were both declared World Heritage Sites by UNESCO.

Of the current Monastery of Suso, constructed between the 6th and 11th centuries, important vestiges remain of the different historic moments it has lived through. The rock caverns in which the hermits lived, the primitive Visigoth coenobium, the Mozarab enlargement and finally, the Romanesque.

Access to the monastery is through the portaello, where the tombs of the infantes de Lara and their tutor Nuño are located, accompanying the three Navarran queens.

Through the Mozarabic arch with alabaster capitals which recall the time of the caliph of Cordoba in the 10th c., decorated with designs depicting plant motifs and geometrical shapes, we enter inside the Mozarabic monastery with three large horseshoe arches. At the back we can see the remains of the primitive Visigoth construction.

The burial cave contains the tomb of the founder from the second half of the 12th c. built of black alabaster and decorated with a recumbent statue, wearing priest's robes, alb, chasuble and stole with a beautifully worked cross on his chest bearing the decoration of numbers and plants. Nowadays, the Pilgrims' Way as it passes through la Rioja makes a diversion to the monastery of Yuso where the saint's remains are kept.

During the Middle Ages it was a centre of political and cultural power. From its important scriptorium came the first written testimony of the Romance Spanish and Basque languages, the glosas emilianenses. Nowadays the Ministry of Culture looks after the monastery