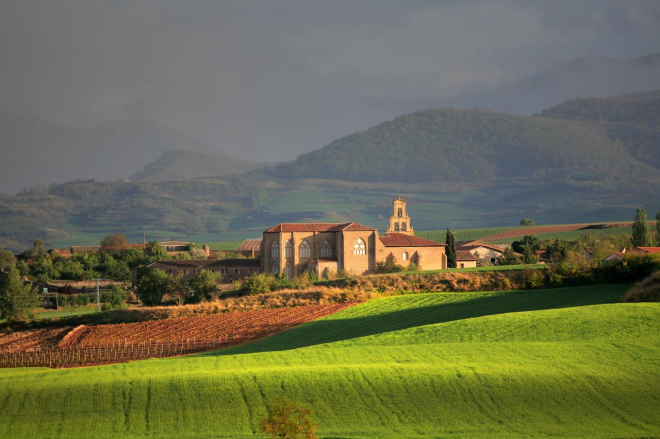 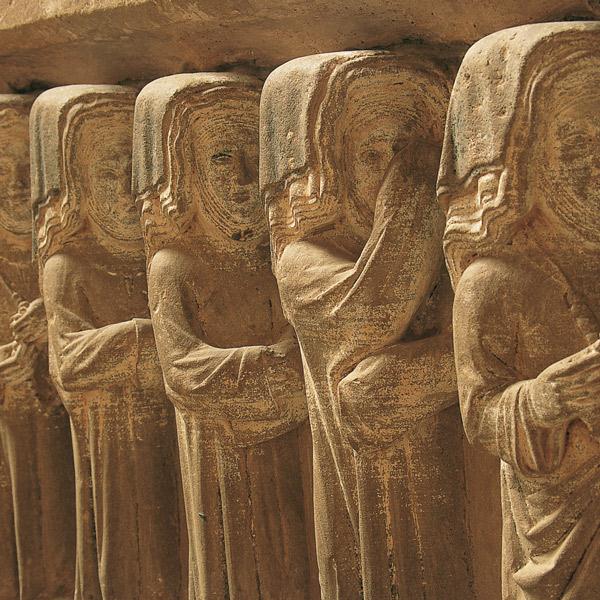 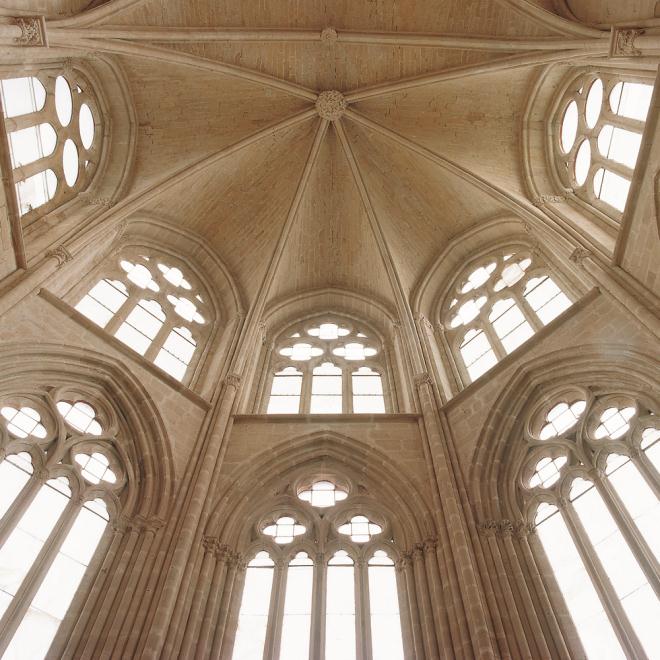 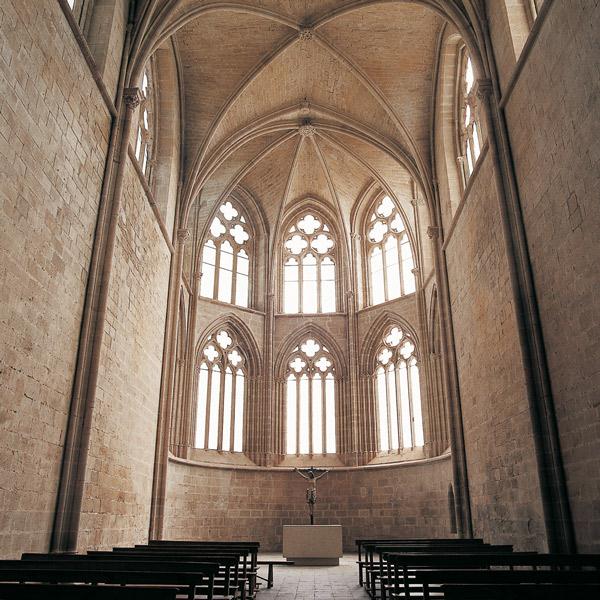 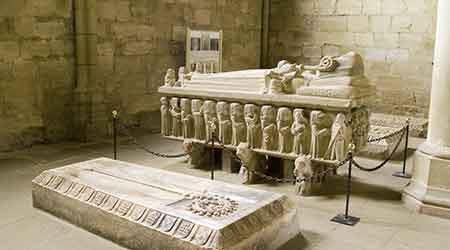 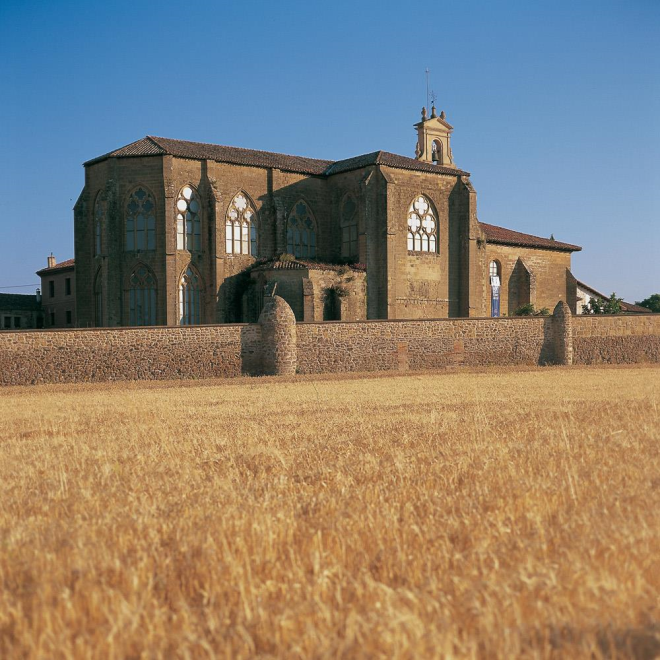 The monastery has accommodation with a large inner patio. The Carmelite nuns who live there make delicious monastic cakes and sweets.

This Cistercian Abbey is one of the first to have been founded in Spain. Felipe Díaz de Haro, 9th Lord of Biscay and his wife, doña Aldonza Ruiz de Castro in 1170 gave the towns of Cañas and Canillas to the nuns of the monastery of Hayuela for them to found an Abbey in this spot.

Construction of the monastery was slow and there are three clearly distinguishable phases, the Romanesque of which there are barely any signs remaining, the Gothic, which would correspond to part of the church and chapter house, dating from the second half of the 13th c., and the later part from the 16th c., in which the construction of the central nave continued, with the side naves remaining unfinished. The main door to the monastery dates from 1757, with the part where the nuns live being the latest addition chronologically. Many of the stones used for the church still bear the marks of the mason who made them.>

The monastery church surprises you with its light through the large windows. The great Renaissance altarpiece is the work of Andrés de Melgar and Guillén de Holanda, commissioned by the Abbess, doña Leonor de Osorio around 1523 as a triptych, in which the theme is essentially based on Mary. Until 1975 it was in the presbytery, but is now to be seen at the foot of the church.

The doorway of the chapter house is of note for its unusual beauty, with three pointed arches decorated with plant motifs. Inside, is the early 14th c., gothic style tomb of the sister of charity, Doña Urraca López de Haro, daughter of the founders who took orders at a very early age and became the fourth abbess of the community. She died in 1262, and her body has been preserved incorrupt.

The abbey has been a pioneer of fibre optics, in the two museums it has: the Relics Room, which contains four groups of collections dating from the year the monastery was founded until the 20th c. among the numerous items on display, a Spanish Moorish casket from the 11th and 12th centuries of Cordoban origin is of note; and the museum of the tithe barn or store, in which various altarpieces have been displayed which existed n the churches, carvings, reliefs and paintings of special interest.

The community of Cistercian nuns who have lived uninterruptedly in the abbey since its foundation devote their time to handicrafts and prayer. They decorate china, make sweets, rosaries and have a small hospice.