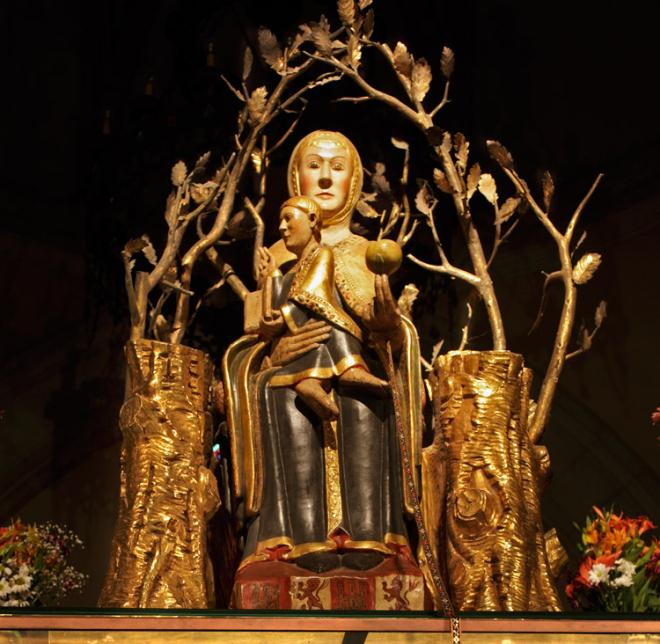 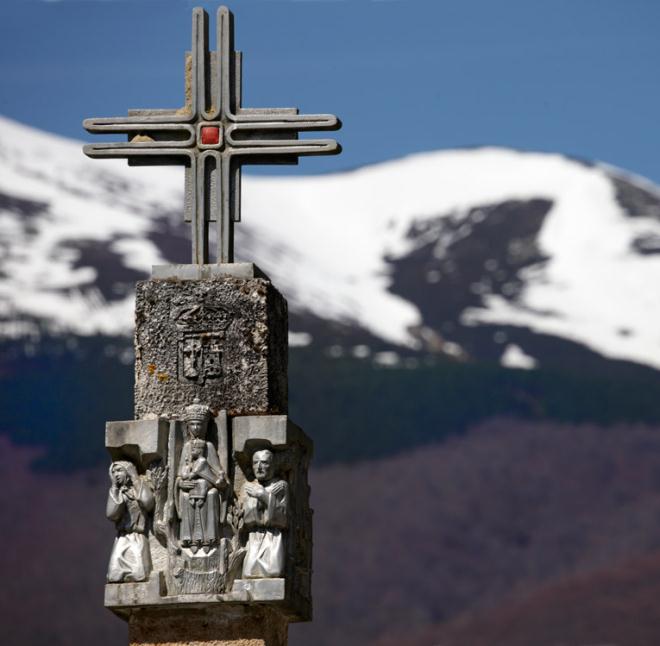 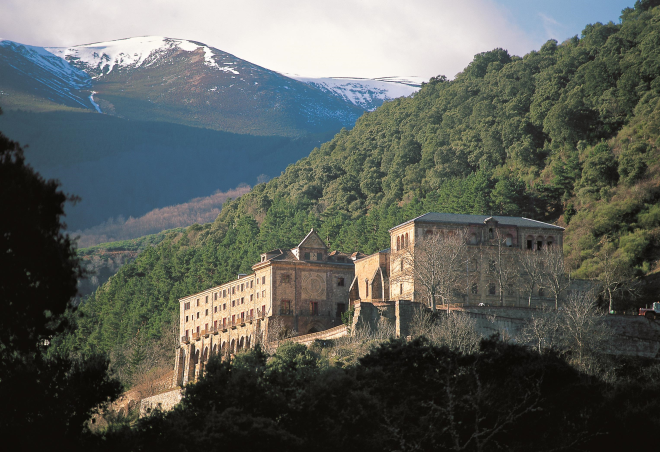 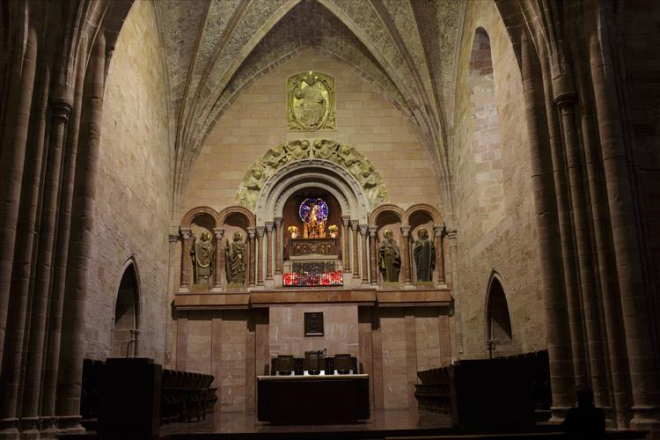 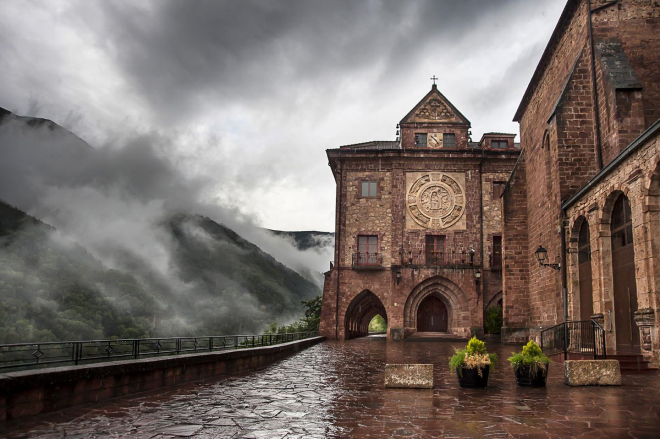 The name of the monastery, Valvanera, comes from a Latin expression, “Vallis Venaria” which means " “Valley of the veins of water" since the valley had lots of springs, streams and waterfalls.. The origin of the building of the shrine dates back to the discovery of a 9th-century image of Saint Mary by a repentant thief called Nuño Oñez, according to the “Historia Latina” written by the Abbot of Valvanera, Don Rodrigo de Castroviejo in 1419. It is the Latin translation of a 13th century text possibly written by Gonzalo de Berceo in the "vulgar mother" tongue.

The primitive community of hermit monks which built up around the discovery of the image in the 10th c. gave way to Benedictine friars. Originally, there was a Visigoth church, then a Pre-Romanesque one consecrated in 1073, another Romanesque one from 1183 of which only a tower remains standing, and finally the current 15th century church.

The main altar of the church holds the niche of the Virgin of Valvanera, which can be reached from the side. The upper part is presided over by a “Pantocrator” figure of Christ, and below there are figures representing St Peter, St Paul, St Benedict and St Atanasio.

The rest of the monastery is composed of 20th century buildings in honour of the Patron Saint of La Rioja. Homage is paid to Valvanera as the most important carving. The author and date of this work are unknown, but from its characteristics, it could be a sculpture in the Byzantine-Visigoth style. Its origin comes from the context of the renewed Marian fervour in Spain in the first half of the ninth century.

Free admission. Groups by appointment. Guided tours can be arranged