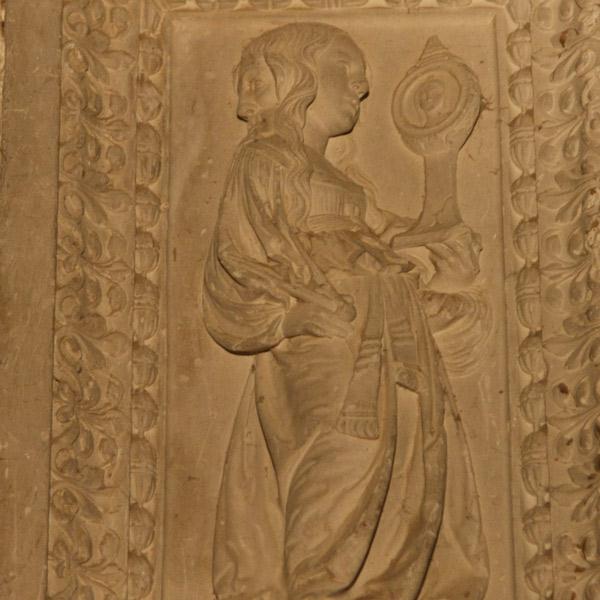 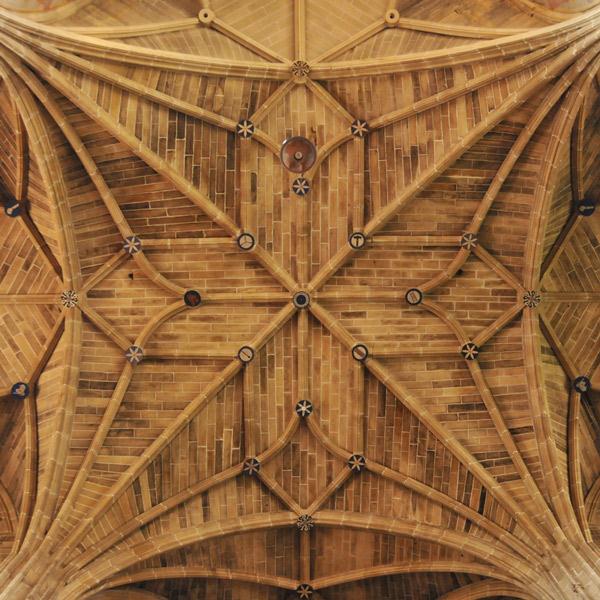 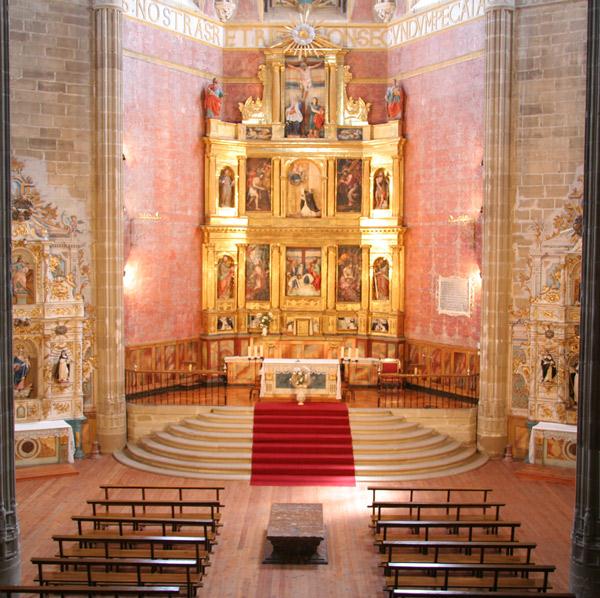 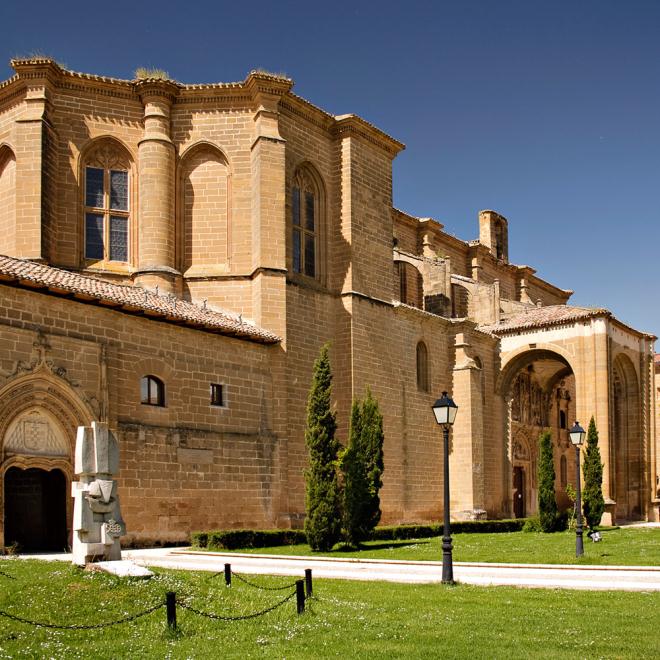 Cardinal Adriano Florenz was asked to bless and inaugurate the monastery in 1522 on the occasion of his visit to the “Casa de la Reina”, the town's old name, on his way to Rome where he was going to be confirmed and enthroned as Pope under the name of Adrian VI.

The sisters of the Dominican Order took possession of the monastery in 1523, although during the war of Independence they had to move to Burgos as the monastery had become a Field Hospital.

The monastery took ten years to be completed (1514-1524), using materials of the highest quality, thus obtaining great uniformity of style.

The monastery church is in "Catholic Monarch" style, with a big main chapel and octagonal transept and apse. In the centre of the nave is the tomb of the founder, a smooth reddish jasper mound with no other decoration except the inscription. The reredos is dedicated to the Passion of Our Lord and particularly the Pity. >The main cloister has two levels, the lower covered with tierceron cross vaulting. The central keystones of the vaults depict allegories of the Passion with various symbols and attributes. The upper cloister, covered with a flat wooden roof, and with stretches of balusters between the columns, is one of the parts with the richest ornamental decoration.

The main door of the church is conceived in the late Gothic style in the form of a big altarpiece mad of stone.