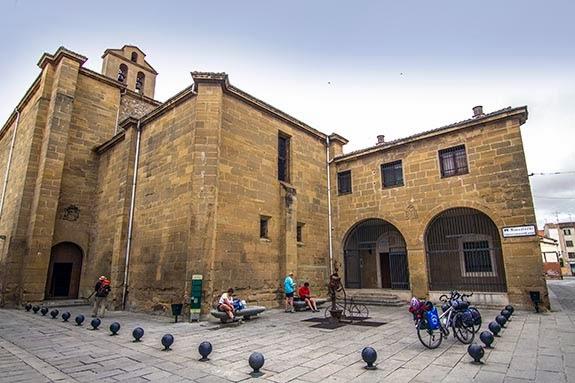 Yes
Description:
Don Pedro Manso de Zúñiga, Bishop of the Diocese of Calahorra y La Calzada was the founder of this Abbey. The Cistercian nuns who live here come from the Monastery of Santa María de los Barrios in Abia de las Torres (Palencia), who moved to Santo Domingo de La Calzada in 1610,date when the building of the new monastery began, until the works were completed in 1621.

The monastery depended on the Abbey of las Huelgas in Burgos until the bull of Pío IX in 1873, when it was transferred to the jurisdiction of the clergy of the Riojan diocese of Calahorra y La Calzada.

The monastery church, a classical work of the architects Matías de Asteazu and Pedro de la Mata, consists of a single nave in the form of a Latin cross, divided into chapels by the flying buttresses in which the altars are mounted.

In the main chapel there is a magnificent example of Riojan Baroque art, an altarpiece dating from the middle of the 18th c., in the central niche is the image of Our Lady of the Annunciation.

The tomb of the founder, Don Pedro Manso de Zúñiga and his two nephews, also bishops, constitute one of the most interesting artistic elements of the church, situated to the right of the main altarpiece showing the richly worked carving of the recumbent statues of the three bishops.

The lower choir situated t the foot of the church served as a cemetery until 1960 and over 200 nuns are buried there. Next to the church is the 17th century cloister which is outstanding for its austerity, in line with Cistercian spirituality.

The monastery has free lodging for pilgrims situated in the old Chaplain's House, an 18th century building restored and refurbished to receive pilgrims.

Since its foundation it has been inhabited by a community of Cistercians.