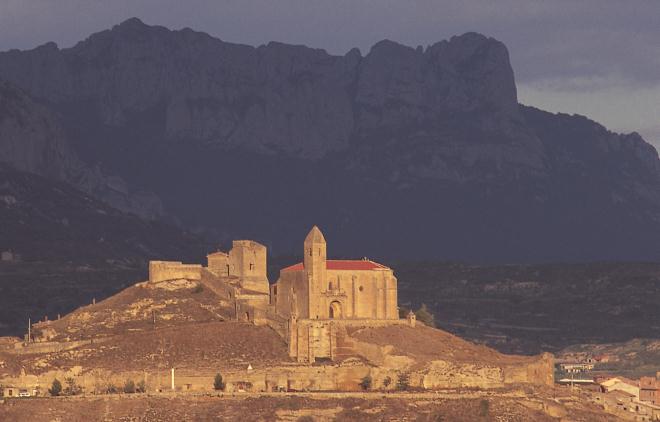 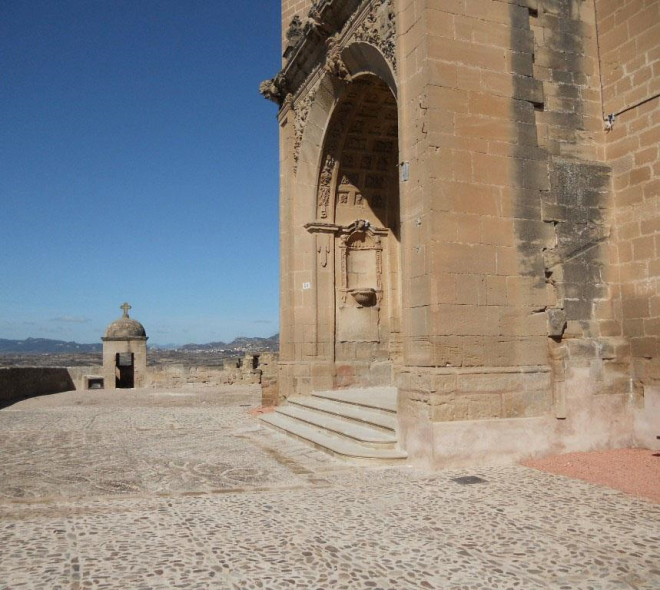 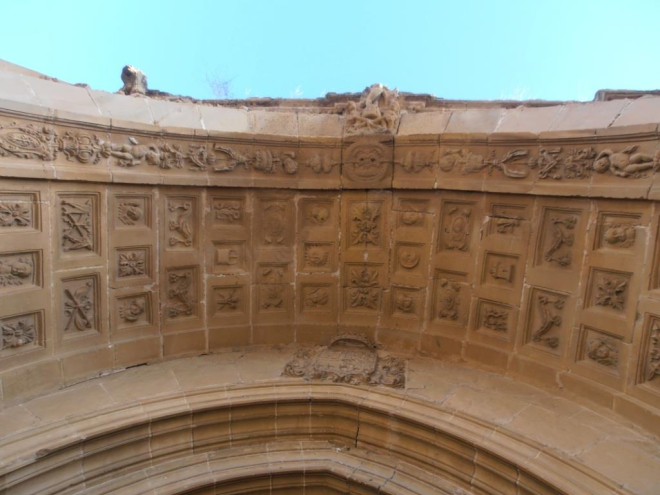 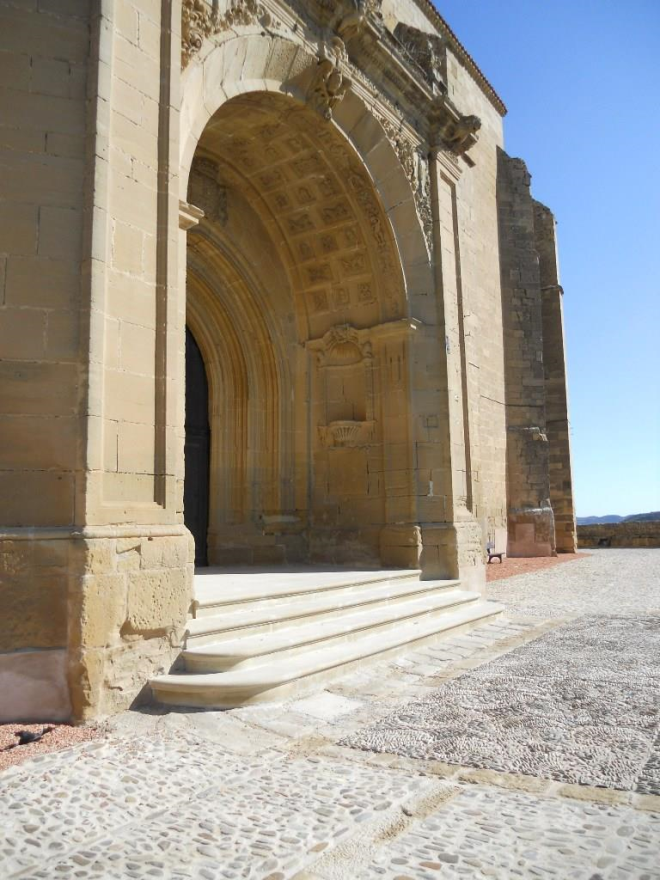 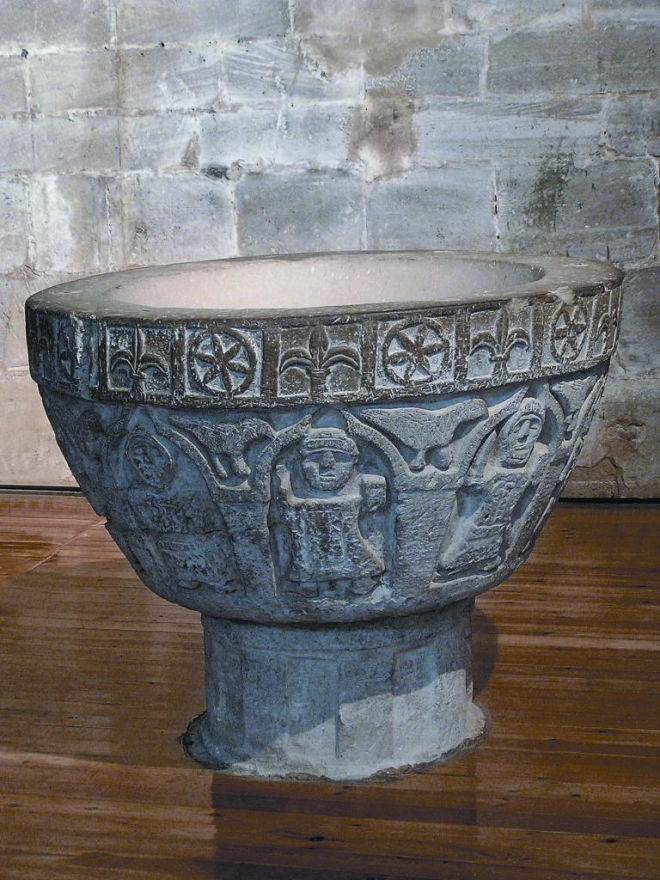 The parish church of San Vicente de la Sonsierra was built at the beginning of the 16th century within the fortified enclosure of the castle. The architectural style — variously called Late Gothic, Flamboyant Gothic or Catholic Monarchs style— displaced the romanesque and full gothic styles.

It is listed as a national monument since 1933. It consists of a nave with four aisles with shallow chapels between the buttresses, and an octagonal or polygonal somewhat narrower east end with seven sides. To the north, the sacristy has a 16th century section and another section which is baroque from the early 18th century. The high choir is on top of vaults with stellar ribbing on vaults of star-shaped vaults. It is is located at the west end, together with as seven-sided Tower. The entrance, located in the second-last section to the south, is flamboyant gothic and it is protected by a baroque portico.