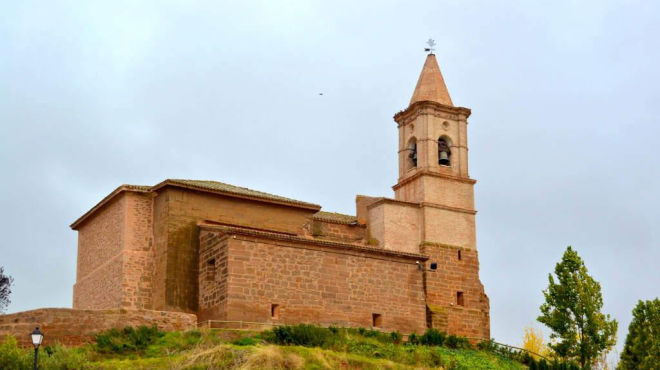 sí
Description:
The Church of San Saturnino de Ventosa is on the top of a hill where the village centre is concentrated. Built in ashlar with a Latin cross plan and a rectangular head facing east, it has a single nave. At the foot, attached to the North façade, it has a square tower crowned with an eight facet pyramid, which was built in the 17th century in brick, on the previous ashlar stone base.
Its main altarpiece consists of a predella and two sections divided in five vertical parts, completed in the early 17th century, work of the architect Martín de Nalda and the sculptor from Arnedo Antonio de Zárraga, dedicating mainly the first section to San Saturnino and the second to the Virgin Mary; we must also highlight the representation of the Holy Trinity at the top and the Four Evangelists on the base. Among the religious images of worship, we can highlight: the 14th-century statue of recumbent Christ, Saint Roque (16th century) and St John the Baptist (18th century).