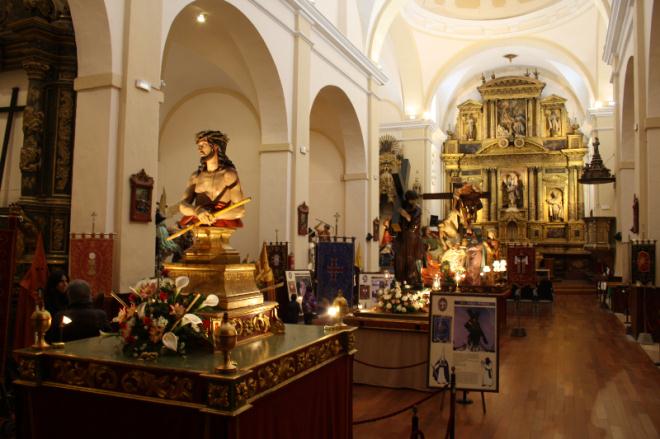 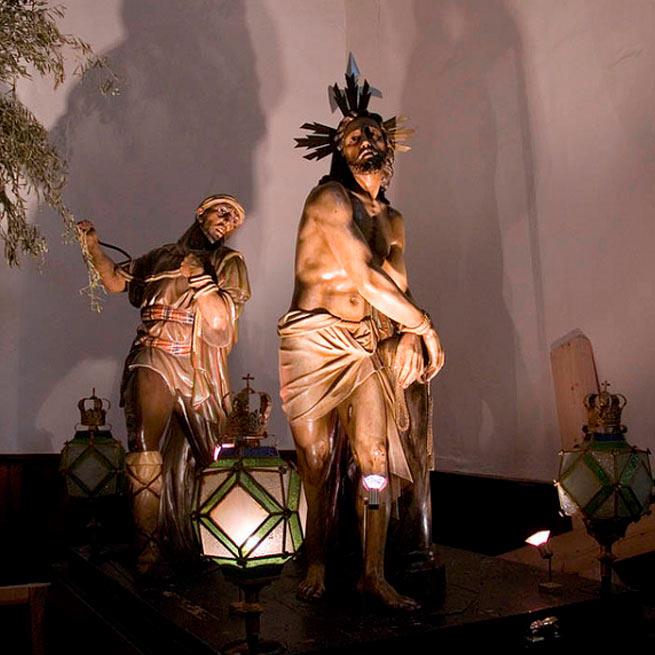 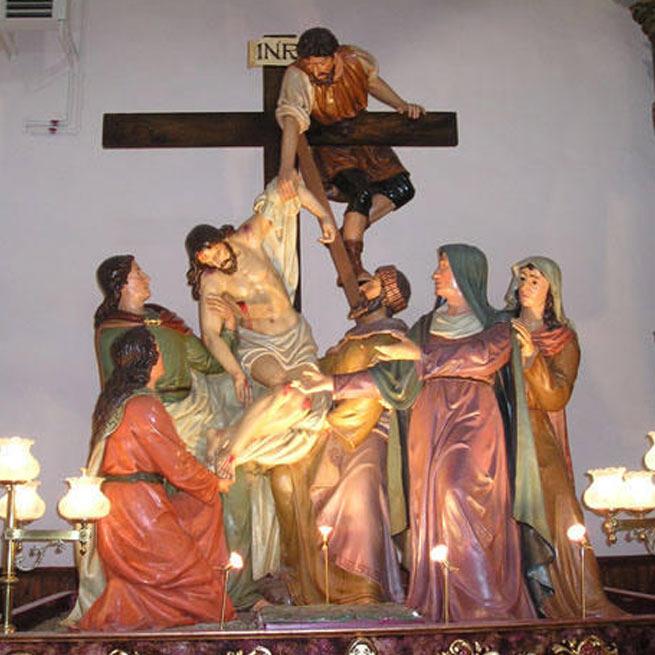 The Permanent Exhibition of Easter Images is housed in the Church of Salvador from the former existing Convent of San Francisco, which was founded in 1552 on the banks of the Cidacos River. In 1579, the Cabildo and the Council, give the Franciscans some land in the high part of the city where the small Church of El Salvador and the Hermitage of San Sebastián stood, previously a synagogue. This was where Juan de Urruela built the current church in the years when V.P.Fr. Juan de Jesús María the illustrious barefoot Carmelite who died in 1615 in Montecompatri (Italy) and in the current process of beatification.

The brotherhood that organizes this exhibition was founded at the behest of the Franciscans who spread this devotion in the 16th century. It was a brotherhood of flagellants that followed the ups and downs of the history of the city and the country. Carlos III forbade this public discipline but, despite this, the brotherhood continued paying homage to the Passion of Christ and organizing Holy Week processions and other cults, as well as important social and charitable work among the brothers. In 1810 the convent suffered its first disentailment, and in 1836, the definitive one, so the brotherhood became their moments of decline until 1874, when new vitality, confirmed by the presence in the Convent of the Padres del Corazón de María since 1878. It was in 1944 that the brotherhood encouraged industry, trade and local families to donate the images sculpted in Olot (Girona), which can be seen here, along with sculptures that are for worship in other churches, making magnificent processions that, together with the daily life of the brotherhood, has meany Easter in Calahorra has been declared of regional tourist interest.