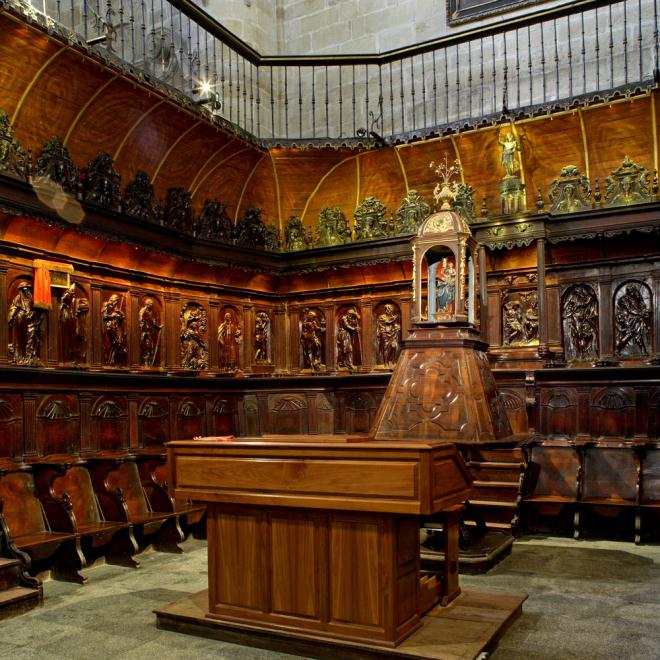 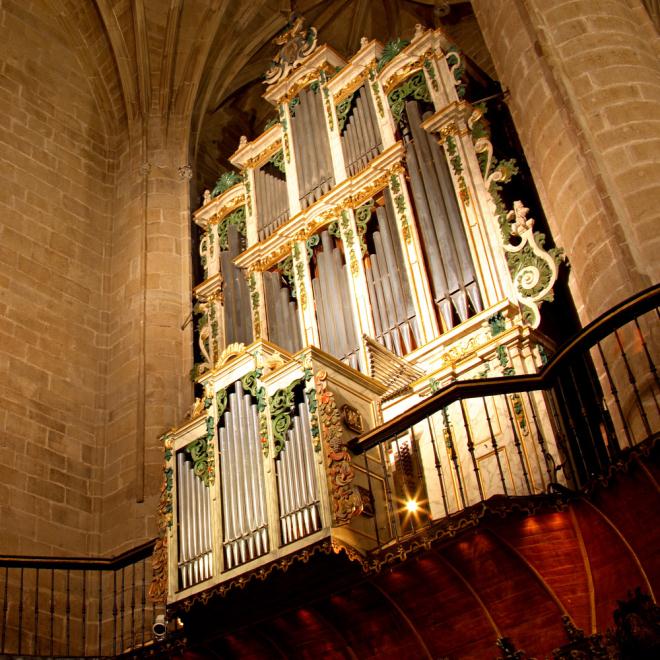 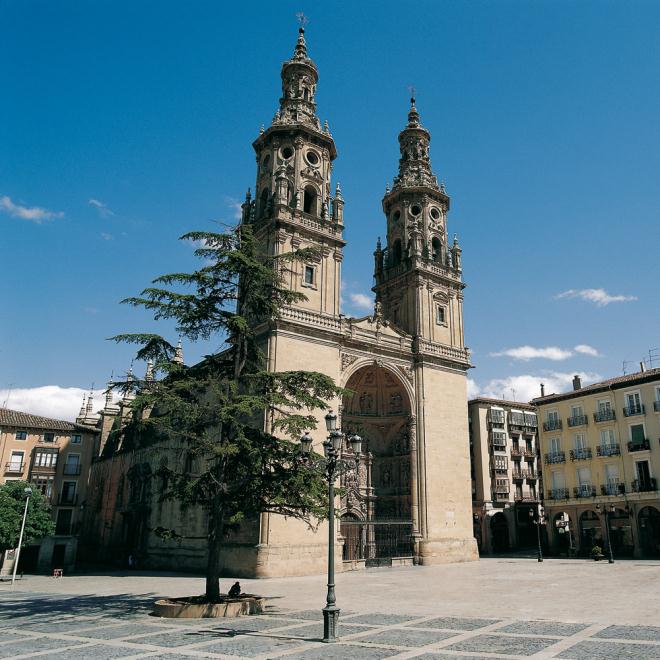 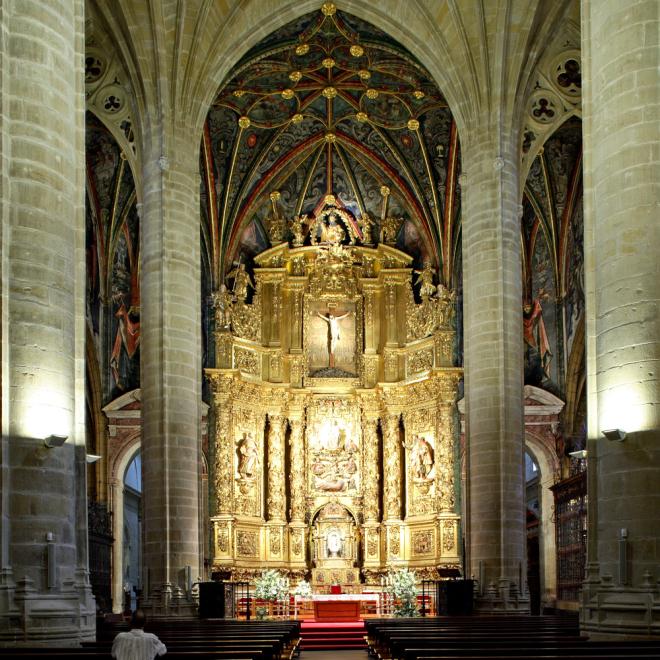 The Church-Cathedral of Santa María de la Redonda is located on one of the city's main streets, Calle Portales, built on the site of a 12th-century oratory. Work began in the 15th century, being extended and reformed until the 18th. The main facade is sculpted like an altarpiece and closed by a large wrought-iron fence. The towers, known as "las gemelas", (The Twins), an example of the Baroque style in La Rioja, are related with others in La Rioja due to their designer, Martín de Beratúa.

divided into three naves separated by large cylindrical columns and ambulatory. The most representative elements are: a picture of the Crucifixion of Christ, attributed to Michelangelo; the tomb of General Espartero and his wife, Dña. Jacinta Martínez de Sicilia; the exceptional wrought iron railings closing the side chapels; and the Santo Sepulcro (Holy Sepulchre) in the Chapel of Nuestra Señora de los Ángeles, with splendid details in tortoiseshell, filigree silver and wood.