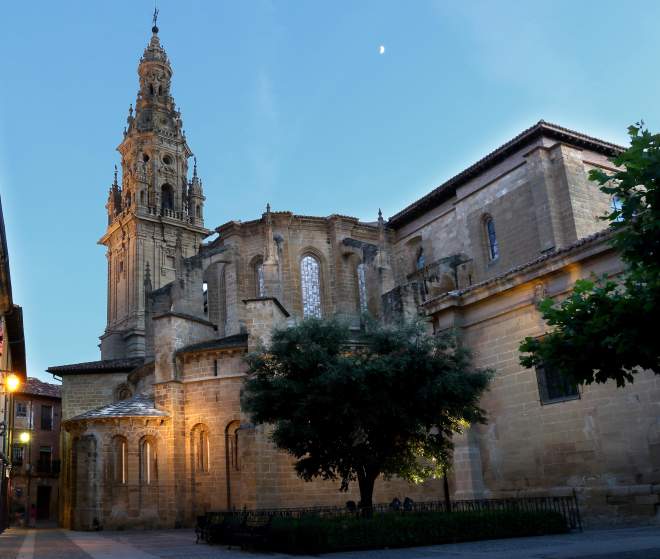 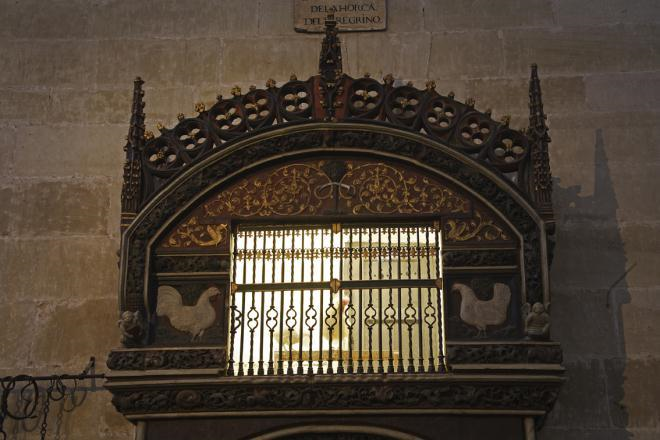 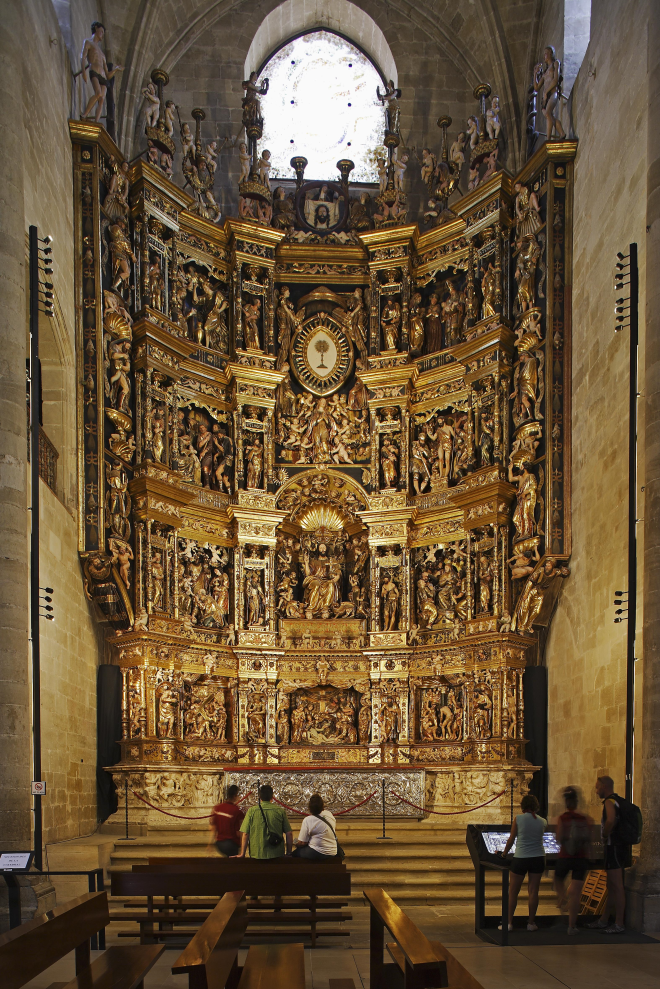 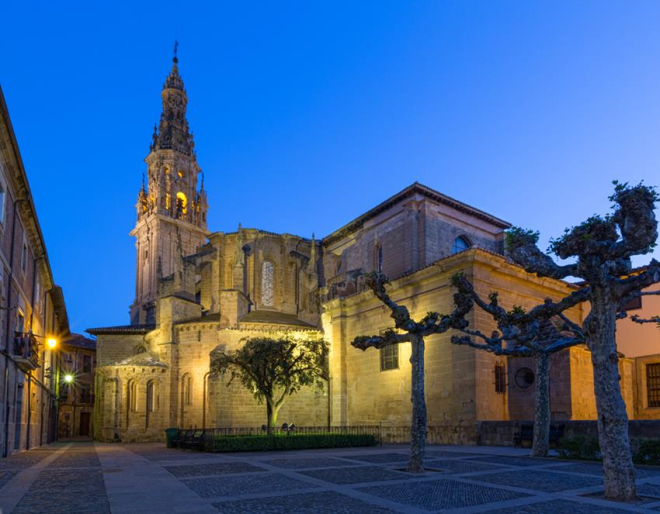 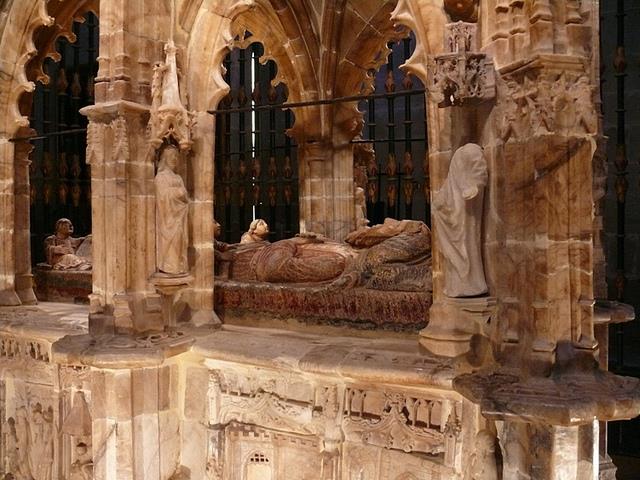 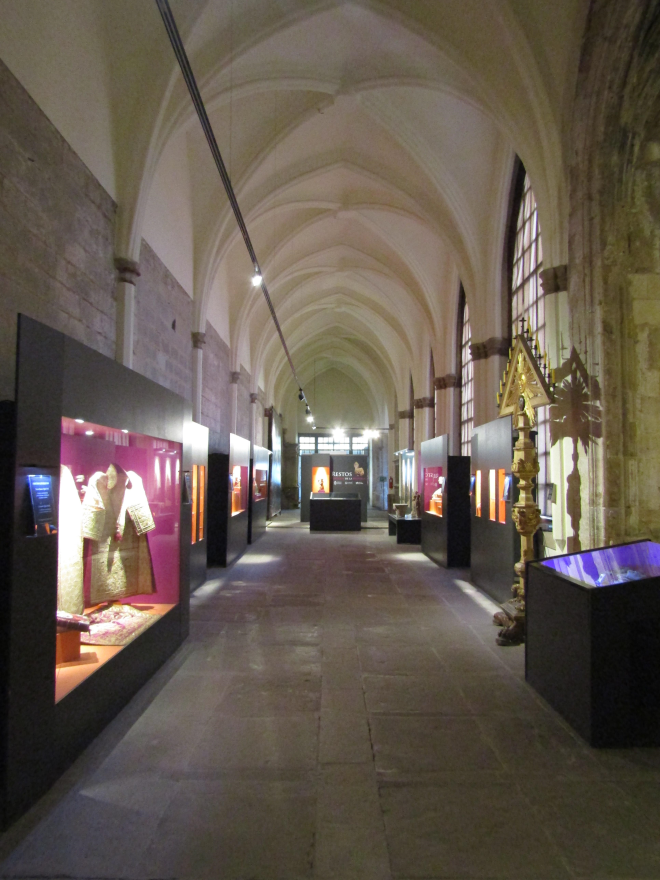 The cathedral is a stupendous model of proto-gothic architecture. Organised like a typical pilgrims' church, it has three naves, the central one of double width and higher, crossed by the transept and with a girola which originally would have had three apse chapels. In the early 12th century it was enlarged to convert the temple into a fortified church, the only example of this type we can see in La Rioja. The main altarpiece is a gem of Spanish Renaissance sculpture and a work by Damián Forment. The cathedral has a Romanesque end with 12th century reliefs and capitals, including a rigorous relief of David, as the psalmist king.

Inside, what most catches your attention is the hen house in which a rooster and a hen live as a reminder of the miracle of the hanged pilgrim.