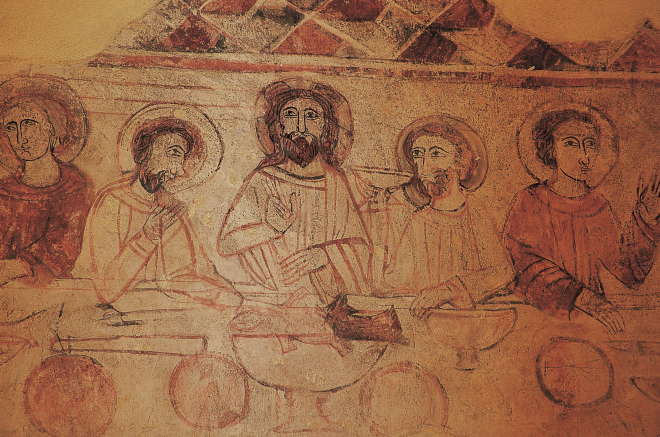 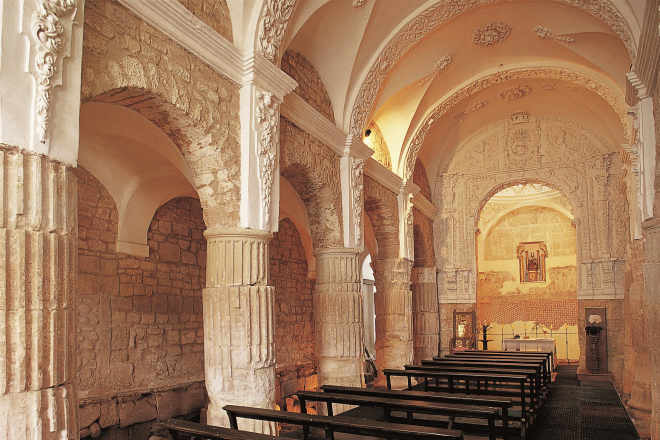 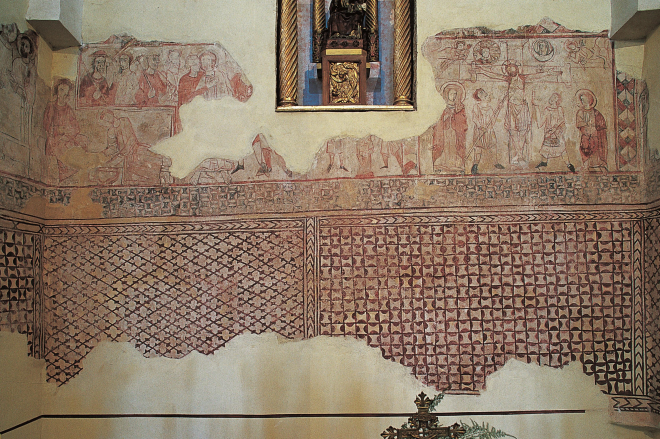 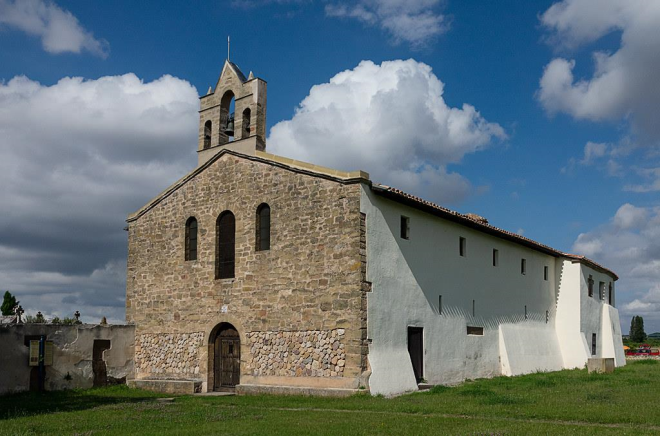 It is the most ancient religious monument of La Rioja. Its origin was a 3rd century Roman mausoleum, which was transformed into a Christian basilica in the 5th century, reusing architectural elements from the ancient Roman city of Tritium Megallum, Tritium the Great, which comprised the current towns of Tricio, Nájera and others.

Under the basilica floor 5th and 6th century early Christian tombs were found, as well as some reused Roman sarcophaguses belonging to I to III centuries AD, and other medieval ones; in addition to Roman funerary stelae and another Paleo-Christian one. At the top remains of late 12th century Romanesque paintings can be seen, repainted over the original 5th century early Christian ones.
The building has a basilical structure with longitudinal floor plan with three naves and a quadrangular head. The side naves are separated from the central one by arches supported by Corinthian columns made up of fragments of 1st century Roman columns. In the 18th century the interior of the basilica was covered with Baroque plasterwork. The original carving of the Virgen de Arcos, a pre-Romanesque black Virgin, from the 11th century, is now in the parish church of Tricio.